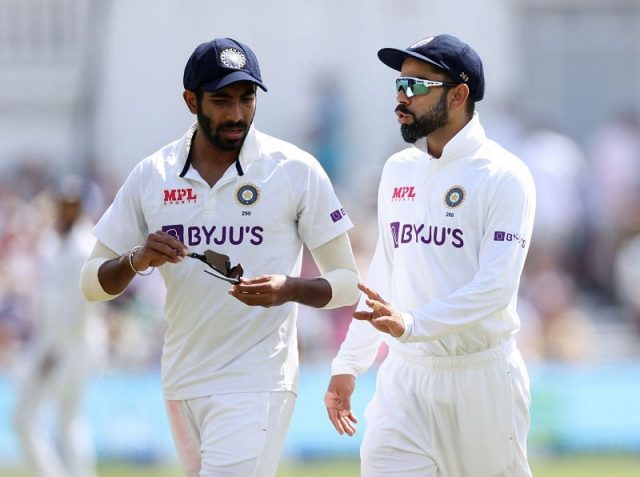 Team India fast bowler Jasprit Bumrah has revealed that Virat Kohli spilled about his resignation in a team meeting. Incidentally, Kohli relinquished his leadership duties from the red-ball format of the game on January 15 (Saturday).

Earlier, Kohli had relinquished his leadership duties in the shortest formats after the ICC T20 World Cup 2021 before being removed as the captain in ODIs. And now, Virat Kohli has stepped down as captain from the longest format of the game in the wake of India’s 2-1 defeat against South Africa.

Addressing the press ahead of the ODI series, Jasprit Bumrah revealed the entire team stands by Kohli’s decision to step down as Test captain.

“Virat Kohli told us about leaving his Test captaincy in a team meeting. It’s his decision. He knows his body. He knows his frame of mind. We respect that. It’s been a pleasure to play under his captaincy. I made my debut under him.”

“He brought in energy. He brought in the fitness culture. He was driven. Everybody moved in one direction under his leadership. He has been immense and he will still be the immense with his inputs.

With Virat Kohli stepping down, the position remains vacant with Bumrah seen as a probable candidate. Jasprit Bumrah said that he’ll be ‘ready to do don the captain’s hat if given the responsibility.’

“If given an opportunity it would be an honor, I don’t think any player would say no,” he added.

Jasprit Bumrah will don the vice-captain’s hat while KL Rahul will be leading the Indian team after Rohit Sharma failed to recover in time from his hamstring injury.

India will play two of the three ODIs in Paarl, starting January 19, and the final tie will be played in Cape Town.