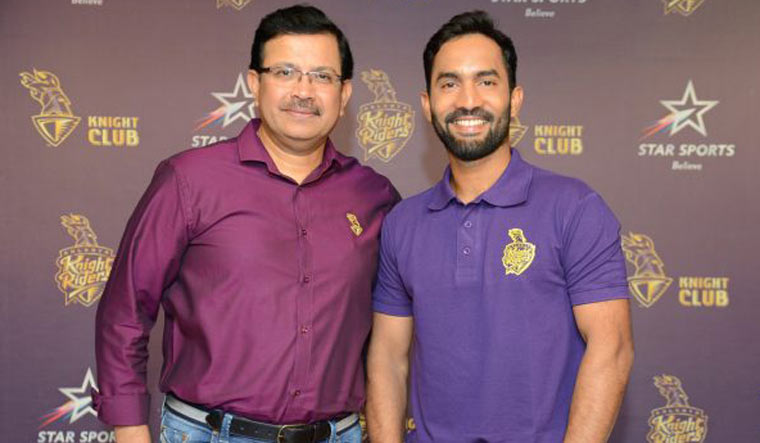 In a sudden turn of events, the KKR vs RCB match on May 3 was postponed after two players from the Kolkata Knight Riders camp Varun Chakravarty and Sandeep Warrier tested COVID positive. The BCCI immediately decided to postpone the game saying that the game will be rescheduled to some other day. However, the IPL governing council and the BCCI are yet to announce the rescheduled date.

Shedding light on the situation, Venky Mysore, KKR’s CEO and MD, told host broadcasters Star Sports that the franchise was quick to take all necessary precautions and bring the situation under control.

“Difficult times, but I’m happy to report that both Varun and Sandeep are doing well,” he said. “We have taken all the precautions that are necessary and have been advised by the medical teams of IPL and KKR and also getting appropriate advice from outside on what the right thing to do is. Sandeep, in particular, is doing fine. No temperature, no other symptoms, and he is feeling good. Varun is still a little under the weather, but better than yesterday and both of them are in good spirits.”

The KKR further in a press release said that all the other KKR team members have tested negative while the medical team is in constant touch and monitoring the health condition of the players.

“All other team members have tested negative for COVID -19. Both Varun and Sandeep have isolated themselves from the rest of the squad. The Medical Team is in continuous touch with the duo and are monitoring their health. Meanwhile, the Kolkata Knight Riders have now moved towards a daily testing routine to identify any other possible cases and treat them at the earliest” the press release read.

As per reports in KKR’s official website, KKR team owner Shahrukh Khan and also spoke on a video call to all the players taking a note about their health condition as well.