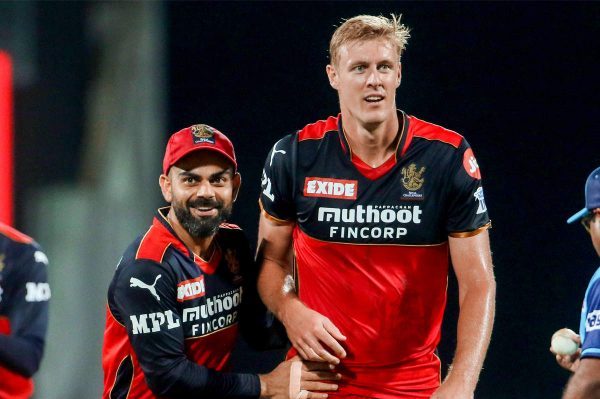 Royal Challengers Bangalore (RCB) cricketer Kyle Jamieson is unsure about his participation when the Indian Premier League (IPL 2021) resumes in the UAE later this year. Incidentally, the Board of Control for Cricket in India (BCCI) had to postpone the tournament midway amid the COVID19 crisis in the country.

After a lot of speculation, BCCI on May 29 (Saturday) announced that the remaining 31 matches of IPL 2021 will take place in the UAE. The land of Sheikhs is a tested territory for the BCCI having hosted the league entirely last season.

After Pat Cummins confirmed that he will not travel to the UAE for the second phase of IPL 2021, Kyle Jamieson has stated that he is unsure about his participation too. The 26-year-old said that he will only think about it once the tour of UK gets over.

“To be fair I have no idea really. That news came out couple of days ago, we have not had any conversation about it. Our mind is on the Test against England and the final against India. Don’t want to look too far ahead,” Jamieson told reporters on Sunday.

After the IPL was suspended, Kyle Jamieson and New Zealand captain Kane Williamson chose to fly to the Maldives from Delhi before they took a flight to the U.K. for a Test tour as they felt unsafe in India’s national capital, then the hotspot of COVID-19 in the country. The young cricketer feels it was the right decision to postpone the league amid the crisis.

“It was an interesting one. It is not something that you could plan for. We were sort of informed right through. We had some pretty good people around us, the BCCI and IPL teams,” Jamieson said.

“We just had to do the right thing by ourselves. Obviously, the situation in India was pretty dire and we were mindful of that what is going outside our bubble. Once it (the virus) got inside it was the right decision to postpone it. We just had to keep trusting in those people and control we can control and we had some pretty good people around us to help us get to England,” he added.