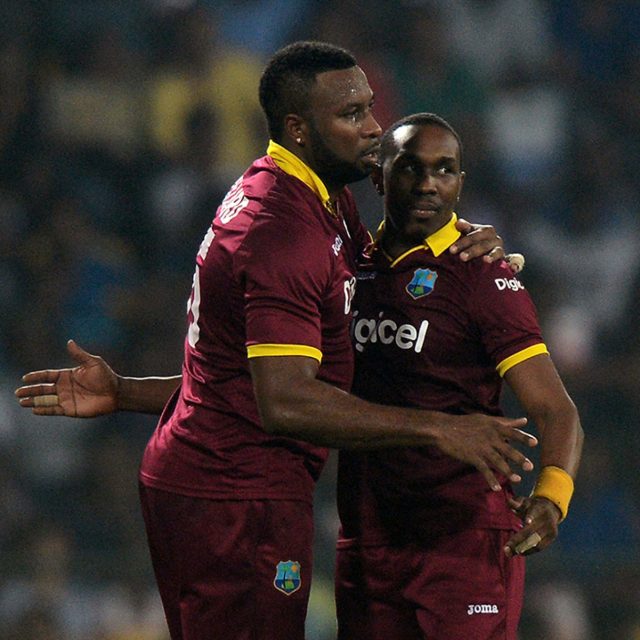 Former West Indies all-rounder Dwayne Bravo has fired potshots at West Indies captain Kieron Pollard ahead of the 3rd ODI against India. Incidentally, Pollard was out for a first-ball duck in the series opener before missing the second ODI where Nicholas Pooran led the side.

The team from the Caribbean Island largely missed their captain, who failed to lead the side from the front. In the wake of it, Bravo, who is a close friend of Kieron Pollard shared a missing post for the veteran all-rounder.

Hinting at Pollard’s dismissal to a Yuzvendra Chahal googly in the 1st ODI, Dwayne Bravo wrote:

“Age: 34, Height: 1.85m, Last Seen: In Chahal’s pocket, If Found Please Contact WEST INDIES,” read the details on the poster. Meanwhile, Bravo himself wrote: “This is really a Sad day @kieron.pollard55 my best friend is missing guys pls if u have any info pls inbox me or report to the police”.

A post shared by Dwayne Bravo aka SIR Champion🏆 (@djbravo47)

The social media post went viral as soon as it landed on social media and many cricketers have reacted to the post with ‘haha’ emoticons, including Harbhajan Singh and former West Indies skipper Darren Sammy.

Kieron Pollard was sporting enough to share the meme on his own official Instagram handle and lauded Dwayne Bravo’s social media antics. He wrote:

“Never a dull moment on the socials..djbravo47 … ohh how I’m missed.”

Meanwhile, Kieron Pollard is all set to return to captaining West Indies in the final ODI against India on Friday in Ahmedabad. With valuable ICC Cricket World Cup Super League points available, the visiting side will be keen at least end the series with a win before the caravan shifts to the T20Is.