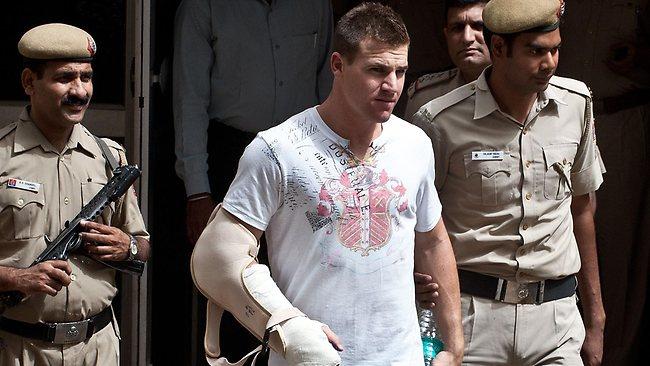 Former Australia Cricket Team batsman Luke Pomersbach has been arrested on charges of burglary and drugs. The former Big Bash League winner has had a tough ever since he retired from the game and hit the rock-bottom of his life.

Meanwhile, Pomersbach is currently facing charges for stealing golf clubs, clothing, and jewelry in the areas in South Perth, Scarborough, and Woodlands between January 24 and February 16 this year. He has been involved in drugs and has been accused of stealing and possession of methylamphetamine.

Luke Pomersbach’s case has been conducted in Perth Magistrate’s Court since February 17 when he was charged with four counts of stealing, three counts of aggravated burglary, and one count of possessing stolen or unlawfully obtained property. Last week, the 35-year-old was granted bail in a court hearing but was compelled to remain in jail after unable to meet the imposed court requirements, including a $5,000 personal undertaking.

Meanwhile, Luke Pomersbach had an interesting debut for Australia when he was picked from the squad to play a T20I game against New Zealand at the WACA in 2007. Hours before the game, Brad Hogg injured himself in the training. And with no replacement available in the squad, the management had to call up Pomersbach, who was sitting in the crowd with his girlfriend. The southpaw scored 15 runs off 7 balls with a four and a six. Sadly. the promising youngster never played again for his country.

Pomersback also plied his trade in the Indian Premier League (IPL). The southpaw represented the then Kings XI Punjab and Royal Challengers Bangalore in the IPL from 2008 to 2013 scoring 302 runs at an average of 27 and a strike rate of 122. He was detained by the Delhi Police on charges of assaulting an American woman and her fiance following a game.

He also won the BBL title with Brisbane Heat in 2013. Pomersbach retired from cricket in 2014 citing mental health issues.