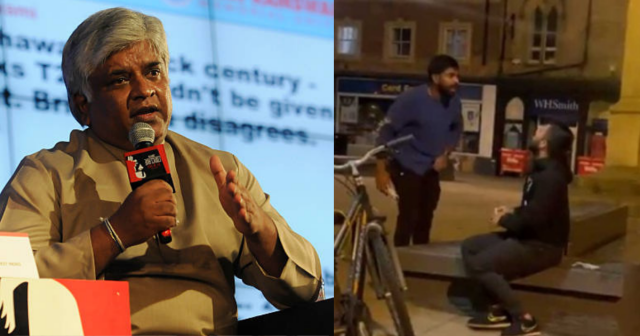 Sri Lankan World Cup-winning captain Arjuna Ranatunga has come down hard on Kusal Mendis, Danushka Gunathilaka, and Niroshan Dickwella for breaching the bio bubble protocol in England. Arjuna said if he was the captain of Sri Lanka, he would have slapped them two-three times.

Sri Lanka cricket is currently facing a lot of trouble and going through a tough time on and off the field. Cricketers of Sri Lanka have rejected to sign the new contracts. Also on the field, their performance is just very bad. They recently got whitewashed against England in T20Is and are trailing 2-0 in ODI against England cricket team.

After all these things going on with Sri Lanka one more terrible incident happened. Kusal Mendis, Danushka Gunathilaka, and Niroshan Dickwella were sent home between England. The trio was found guilty of breaching bio-bubble protocols also their pictures and videos of roaming outside went viral on social media.

Former Sri Lankan captain Arjuna Ranatunga said that the current cricketers are only looking for publicity rather than playing cricket.

“I would not allow the players to play with social media. They use Facebook, Instagram and do everything other than playing cricket. The Cricket administration was doing nothing about that. They only want publicity. If I was the captain of the team, these three players would have been clever players. I may have to slap them two or three times,” Ranatunga said.

Familiar faces in Durham tonight, enjoying their tour! Obviously not here to play cricket, this video was taken at 23.28 Sunday. Disappointing performance by these cricket players but not forgetting to enjoy their night at Durham. RIP #SrilankaCricket #KusalMendis #ENGvSL pic.twitter.com/eR15CWHMQx

On one side Arjuna Ranatunga went hard on cricketers by saying he would slap the three cricketers for breaching the bio-bubble protocols, On the other hand, Kumar Sangakkara desires that the trio will be provided an opportunity to improve themselves while they face sanctions.

“The three players are very senior players, one the vice-captain (Kusal Mendis). There will be an inquiry and there will be a sanction. I hope that support and counseling will be made available to keep developing them, not just skill-wise as cricketers but more as people, to get them really focused on living a positive lifestyle on and off the field,” Sangakkara said.