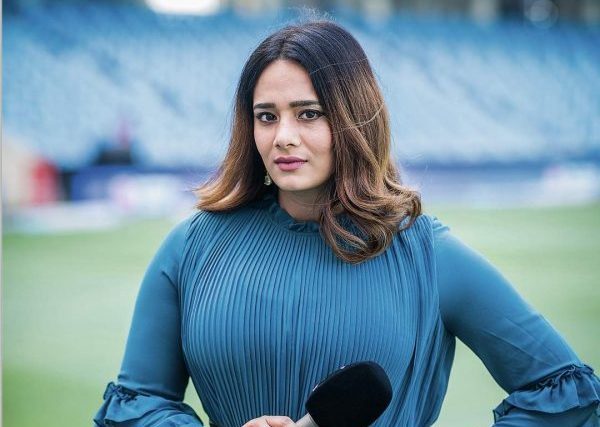 Prominent sports broadcaster Mayanti Langer became a mother last year. Since then, she has posted pictures with her infant on various social media platforms. Recently, Langer posted a picture with her son captioning it as “9 months already”. Australian pacer Brett Lee became one of the first reactors. He commented “cute’ with an emoji next to it.

Mayanti Langer became a mother during the pandemic. She was last seen on the television in March 2020 before the India-South Africa One Day International series that the Board of Control for Cricket in India (BCCI) was set to host in India. But the series got postponed in the wake of the pandemic. The series got scrapped after the coronavirus cases started to rise in India.

Wife of India all-rounder Stuart Binny, Mayanti Langer posted an adorable picture on the microblogging site Twitter along with her nine-month-old baby.

Brett Lee was recently in India as a part of the Star Sports commentary panel for the Indian Premier League (IPL) 2021. But the Board had to postpone the tournament as coronavirus cases started to sprouting inside the bio-bubbles. The BCCI and the IPL Governing Council indefinitely postponed the league considering the health and security of all the players and officials involved in it.

“The Indian Premier League Governing Council (IPL GC) and Board of Control for Cricket in India (BCCI) in an emergency meeting has unanimously decided to postpone IPL 2021season, with immediate effect. The BCCI does not want to compromise on the safety of the players, support staff and the other participants involved in organising the IPL. This decision was taken keeping the safety, health and wellbeing of all the stakeholders in mind,” the BCCI wrote in their statement.

The problem has arisen for the Australian contingent as the Australian government is not allowing any flights from India. Hence, Lee alongside his fellow Aussies flew to the Maldives where they will spend 14 days before heading back to their home country.

The BCCI is now mulling over new windows to stage the remainder of the IPL. The IPL could successfully host 29 matches until the COVID-19 cases took over the tournament.