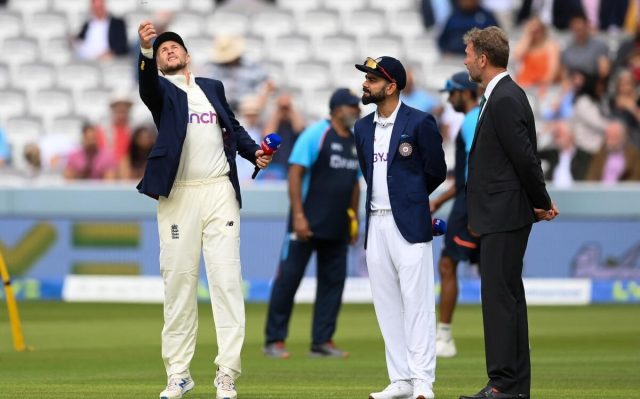 After a historic win at Lord’s, India will face England in the third test match at Headingley, Leeds. Indian skipper Virat Kohli has won the toss and has elected to bat first.

India has decided to go into the third test match with the same combination and playing XI. Whereas, England has brought in David Malan and Craig Overton in place of Dominic Sibley and Mark Wood.

Wood injured his shoulder in the second test match at the Lord’s cricket ground and was ruled out from the third test. Dominic Sibley, who had disastrous outings in the previous two test matches has been dropped. Haseeb Hameed is likely to open the innings for England, with David Malan at three.

We're just moments away from the third Test between England and India.

India won the toss and will bat first.

What are your predictions?

Meanwhile, Twitter is flooded with memes and funny takes as Virat Kohli finally wins a toss in England. This is his first toss win in England. Kohli has lost eight consecutive tosses, before this match.

The India skipper himself was surprised, he said at the toss, “It’s a bit of surprise to win the toss.”

Virat Kohli ranks first in the chart of Indian captains to lose most tosses test cricket. Out of the 64 test matches that Kohli led India in, he has lost the toss on 36 occasions.

Here is how Twitter reacted to Virat Kohli winning the toss:

Former India cricketer Wasim Jaffer as usual posted a meme to share his take on Virat Kohli winning the toss. He posted a screengrab from the Bollywood Sholay and wrote, “Root looking at the coin after Kohli wins the toss”

Root looking at the coin after Kohli wins the toss😆 #ENGvIND pic.twitter.com/en3zQ5SCh1

Scenes after Kohli wins a toss vs England. pic.twitter.com/HKRMQQ2wSx