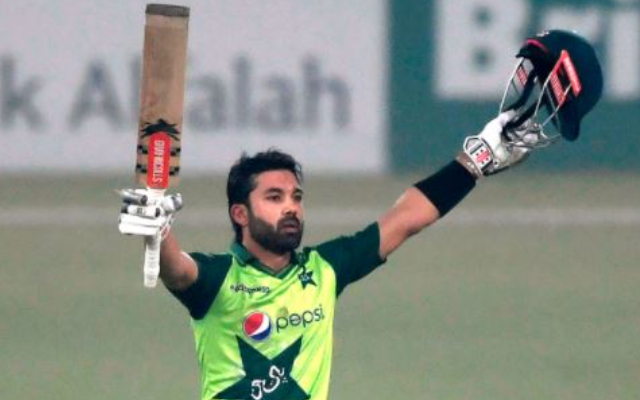 Pakistan’s Mohammed Rizwan has been in sensational form since the last couple of months, starting from the tour of New Zealand to South Africa’s tour of Pakistan the wicketkeeper has looked in great nick. After scoring his maiden Test hundred in the 2nd Test against South Africa in Rawalpindi, Rizwan notched up a ton in a match-winning effort in the first T20 against South Africa in Lahore.

In the aftermath, Pakistan went onto to win the first T20 in an absolute thriller as they defeated the visitors by 3 runs after failing to score the target of 170 in 20 overs. Usman Qadir and Haris Rauf were picks of the bowlers as they picked up two wickets each while Faheem Ashraf picked a lone wicket.

This is a matter of great honour for me – Mohammed Rizwan

Following Pakistan’s thriller win over South Africa in the First T20, Mohammed Rizwan said it is a matter of great honour after becoming the first Pakistani wicket-keeper to score a century in all three formats of the game.

“What really pleases me is that I am the first wicket-keeper batsman for Pakistan who has a century in each format. This is a matter of great honour for me that I have achieved this feat”

During Pakistan’s tour of New Zealand, Mohammed Rizwan was also seen captaining the Test side in the absence of Babar Azam and Shadab Khan from the side who were nursing injuries during the tour. Though Rizwan failed to secure a win in the Test series, the batsman looked in fine with the bat as he scored couple fifties batting down the order.