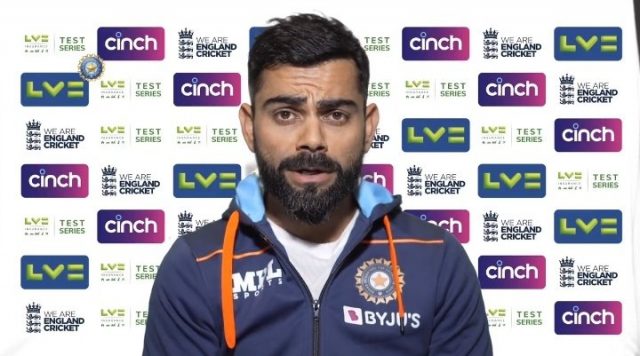 The Indian team lost the Leeds test match by an innings and 76 runs against England on Saturday. The five-match Test series is leveled at 1-1 after the third test match.

A lot of questions were asked to the Indian skipper Virat Kohli during the press conference about India’s dismal performance in the test. However, a question was asked to him on how the Indian batsmen should have approached the England bowlers. A journalist stated that the Indian batsmen were missing out on the opportunities to score runs off the backfoot. He was heard saying,

“England bowlers were bowling full and, on the pads, and when there was an opportunity to go on to the backfoot India seems to be missing out on a lot of runs.”

The Indian skipper while keeping his calm simply replied, “Okay, Thanks.”

In a sense, it's a classic Twitter moment. Person with zero knowledge & zero self-awareness tries to give random gyan to actual practitioner.pic.twitter.com/P3FoLVxllD

Many people praised the Indian skipper for showing restraint and answering calmly. South African leg-spinner Tabraiz Shamsi also tweeted about the incident. He wrote, “Would loved to know what was actually going through his mind… I think we all know what the correct reply to that should have been”

Would loved to know what was actually going through his mind… i think we all know what the correct reply to that should have been 🤭 https://t.co/nU7iwEV0on

I don’t believe in playing an extra batsman: Virat Kohli 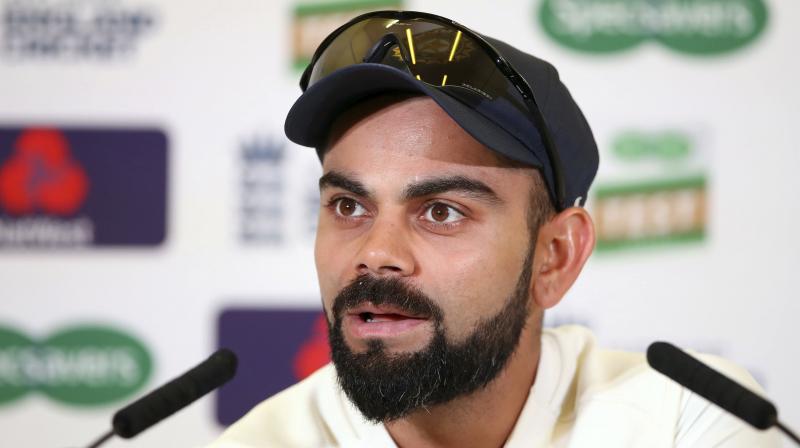 After electing to bat first, India was all out for a paltry 78 in the first innings. England put on 432 runs, taking a huge first-innings lead of 354 runs in the match. In the second innings, the Indian batters started off well and were 215 for three down. Rohit Sharma and Virat Kohli scored fifties, while Cheteshwar Pujara slammed 91 runs. However, a batting collapse led to India losing the match by an innings.

Many cricket pundits are suggesting that India should go in with an extra batsman for the next test. However, skipper Virat Kohli said that doesn’t believe in that balance. He stated that if the top six or seven matters cannot do the job, there is no guarantee that the extra batter can. He said,

“You have to accept that as a team, you need to take responsibility and pride in doing the job. If you don’t have the ability or resources to take 20 wickets going into a Test match, then you are already playing for only two results. That’s not how we play,” Virat Kohli further added.