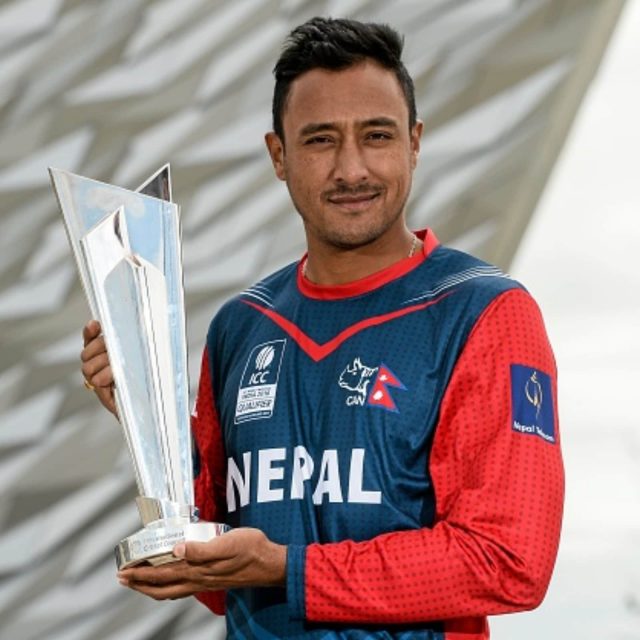 Former skipper of Nepali cricket team, Paras Khadka has announced the launching of his new cricket academy in Nepal. He has named his cricket academy as Cricket Excellence Center, with the slogan of turning dreams into reality.

He made this announcement via social media. Gyanendra Malla, current skipper of the Nepali cricket team is also associated with this project.

Paras had already announced his plan of opening cricket academy in his retirement media conference. He’s also shown his interest to come in the cricket governing body of Nepal, Cricket Association of Nepal (CAN) in future.

Paras Khadka led the Nepal cricket team from 2008 to 2019, guiding his side to the maiden T20 World Cup and gaining Twenty20 International and ODI status. He’s the first centurion of Nepal in ODI and T20I matches.

Paras Khadka stepped down from the Nepal captaincy in October 2019, just after some days Cricket Association of Nepal (CAN) was reinstated by International Cricket Council (ICC). He missed the tri-nations series between host-side Nepal, Netherlands and Malaysia due to an injury. Then, Nepali fans were absolutely gutted not to see him in Nepal jersey again, as he astonishingly called time on his international career in August 2021.

Paras recently missed the 4th edition of Everest Premier League as well which was concluded recently. He decided not to play the league due to personal problems.

Paras Khadka has played just 10 ODI matches for Nepal, scoring 315 runs at an average of 35. He scored 799 runs for Nepal from 33 T20I matches, which might look decent but in between these, he was instrumental in most of the matches.