The childhood coach of former India captain, Virat Kohli  Rajkumar Sharma has expressed his disappointment over Kohli’s dismissal on Day 3 of the second Test between India and Bangladesh in Dhaka. While speaking to India News Sports, he stated that it was disappointing to see Kohli struggling against the spin attack. He also shared that the right-handed batter should have looked to play freely, considering the attacking field set for him.

However, Virat Kohli was also involved in a heated exchange with a few Bangladeshi players after his dismissal on Friday, December 24. The veteran also added that these things happen at times, as he has an aggressive attitude.

“A batter is quite disappointed after he gets out, and Virat Kohli is very aggressive by nature. But the way he has been getting out is not acceptable. It’s unfortunate to see a batter of his stature struggle against Bangladeshi spinners. He should have shown more intent. With both the mid-on and mid-off fielders inside the circle, he could have played a bit more freely. Unless you unsettle a spinner, he is not going to let you play. You need to do something innovative like playing a slog sweep or sweeping an outside off ball,” he shared. 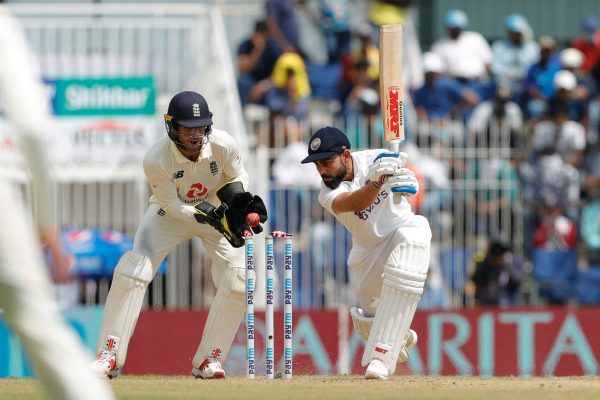 However, Virat Kohli was dismissed for just one run in India’s second innings in the Dhaka Test. He also failed to do well in the ongoing two-match Test series in Bangladesh, finishing with 45 runs from four innings as well. Meanwhile, during the same discussion, Saba Karim also suggested that Virat Kohli and KL Rahul should not play against their nature in the longer format of the game.

He also shared that while both Kohli and Rahul used to play with a positive approach but they have failed to do the same in recent matches as well, which saw them struggling.

Saba Karim added: “Virat Kohli has always played with a positive approach in Test cricket. But if you play against your nature, these are the results that you will get. Something similar is happening with KL Rahul as well. You need to have different patterns as per the formats.”