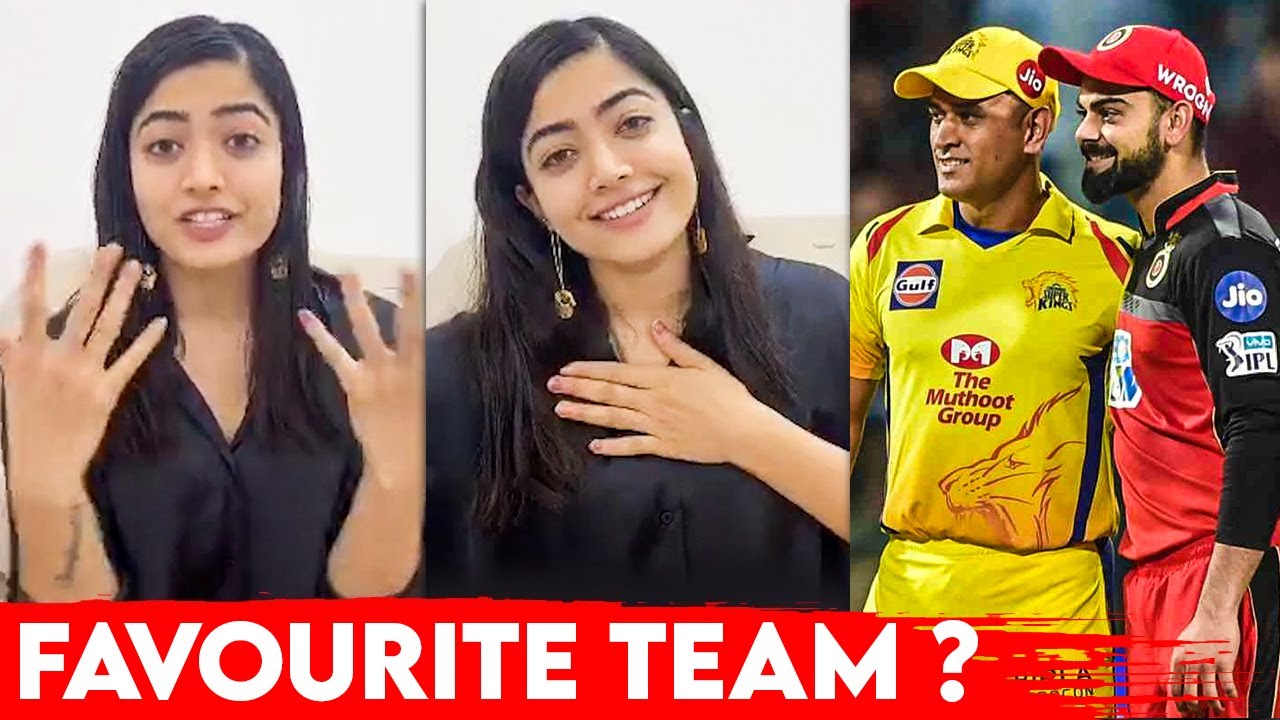 Popular South Indian Actress Rasmika Mandanna revealed her favourite IPL team. In a recent interaction, she said that she supports Royal Challengers Bangalore in the IPL. However, she said that she is a massive fan of MS Dhoni and picks him over Virat Kohli. The IPL 2021 season had to be suspended after players from several camps tested COVID positive.

She revealed her choice between MS Dhoni and Virat Kohli in a social media interaction. In the same, she also spoke about RCB being her favorite IPL team.

“Dhoni batting, captaincy, wicket keeping … that means he will fall and die … he is a master class player. Dhoni is my hero,” said Mandanna in an interaction on social media.

Only 29 out of 60 games were played before the season was called off. The BCCI said that they are looking at a possible window in September to complete the remaining IPL season. BCCI President Sourav Ganguly has also said that the remaining season cannot be played in India due to the rise in COVID cases.

Meanwhile, Team India are now focusing on the World Test Championship final against New Zealand. The BCCI has already announced the squad for the WTC final and the upcoming England Test series. The World Test Championship final will be played at Southampton from 18-22 June after which the five-match Test series against England starts from August 4.

New Zealand beat India in the semifinal thus breaking all the hopes of an Indian World Cup win and probably the perfect swansong for MS Dhoni who retired from international cricket after the big event. The WTC final between India and New Zealand is a rematch in many ways of the ICC World Cup 2019 semifinal.