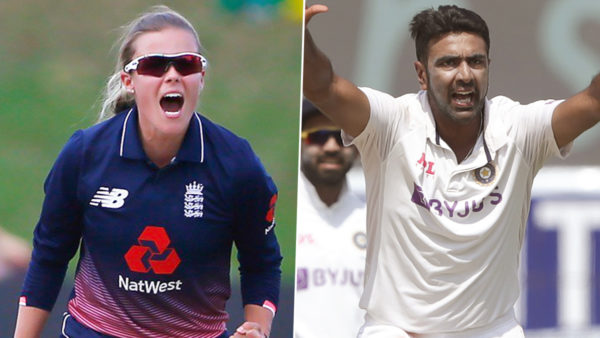 Ravichandran Ashwin is currently enjoying a much-needed break after the gruelling Test series against England. Ashwin is still keeping a close eye on cricket matches happening currently including the T20I series between India and South Africa women’s team.

During the second T20I between the two sides, Ashwin’s hilarious tweet caught everyone’s attention including women’s cricketer Alexandra Hartley. When South Africa women’s team batter Laura Wolvaardt was smashing the India bowlers to all parts Ashwin on Twitter asked the procedure to get her out.

“What is the procedure to get Laura out now? Can u send a soft signal to her? #INDvSA”, Ashwin shared a cheeky post about the T20I series between India-W and South Africa-2 on Sunday.

Post that England women’s cricketer Alexandra Hartley showered praises on Ashwin for closely watching women’s cricket. The Indian spinner is a huge cricket enthusiast and even in his free time likes to watch cricket matches and he often writes about it on Twitter. Hartley admired Ashwin for having a genuine interest in women’s cricket and indirectly encourage other male cricketers to follow it as well.

“This… this is what we like to see. This is what matters, this is everything. A genuine interest in the women’s game!! Bravo @ashwinravi99 others will follow”, Hartley said in her tweet.

This… this is what we like to see.
This is what matters, this is everything.

A genuine interest in the women’s game!!

Meanwhile, talking about Laura Wolvaardt she continued her fine batting form and completely took the game away from India. Wolvaardt starred in the second T20I as he remained unbeaten on 53 off 39 and helped South Africa wrap up the T20I series in the second match itself.

As far as Ravichandran Ashwin is concerned he will be next seen during IPL 2021 playing for last year finalists Delhi Capitals.