Rohit Sharma was Nathan Lyon’s 397th Test wicket playing his 100th Test match at The Gabba. At a venue where Lyon took 35 wickets in nine games previously, the off-spinner gave his team a huge breakthrough which put India on the backfoot after the second day’s play. Rain played a spoilsport as India ended day 2 on 62 for 2 after bowling out Australia for 369. Team India are still trailing by 307 runs in their first innings.

Meanwhile, speaking at the innings break after tea when rain halted play, Nathan Lyon termed Rohit a ‘world-class’ batsman against whom he tried to bowl his best delivery to get rid of him. This is the sixth time Lyon dismissed Rohit in Test cricket.

Also Read: Sanjay Manjrekar, Mithali Raj Among Many Slams Rohit Sharma After He Throws His Wicket Away At The Gabba

“The crowd’s been amazing, Rohit is a world-class player and tried to bowl him my best ball,” Lyon said during the break before stumps were called due to excessive rain to the commentators for Channel 7.

Nathan Lyon further said that he would have loved to take his family out for dinner on his 100th Test but they are in the bubble for COVID-19.

“It would’ve been nice to go out for dinner with everyone, including my parents but there are bubble restrictions,” said the off-spinner.

Meanwhile, the Indian opener has been in the firing line since he threw his wicket away after getting well set for a big one. He scored 44 off 74 balls with six fours and got out just when he needed to capitalise on his good start.

Also Read: Sunil Gavaskar Slams Rohit Sharma After He Gets Out At The Gabba

Former Indian skipper Sunil Gavaskar was livid with Rohit Sharma after he got out in the manner in which he did.

“That’s an unbelievable and irresponsible shot from Rohit Sharma. You’ve just hit a boundary earlier, why would you play that? You’re a senior player, there’s no excuse for this. An unnecessary wicket gifted away, totally unnecessary” said Sunil Gavaskar on Channel 7. 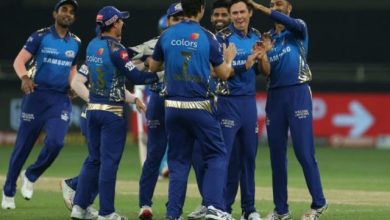