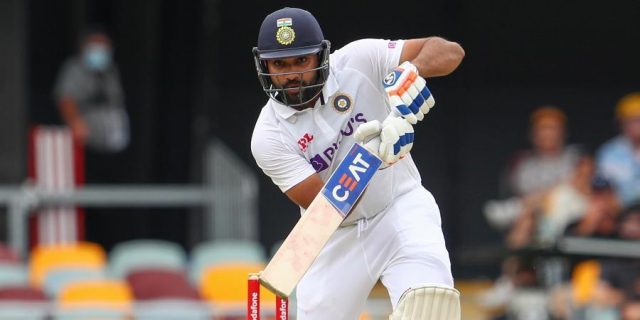 Former India cricketer Aakash Chopra has lavished praise on opener Rohit Sharma, saying that he made radical changes to his game to succeed in England. Sharma finished as the highest run-scorer with 368 runs from four matches, including a century and two half-centuries.

Rohit Sharma played a vital role as India lead the series 2-1 before the Manchester Test was called off amid the COVID-19 scare in the Indian camp. Aakash Chopra was impressed by Rohit’s ability to curtail his natural attacking instincts to conquer English conditions and do well against a potent English bowling attack.

In his column for ESPNCricinfo, Aakash Chopra wrote:

“It took courage to make the radical changes to his game that we saw him make in England. While Rohit batted the way he was expected to bat in India in Tests, he changed his game radically to meet the demands of English conditions. He went against his natural instinct, which is to attack at the first opportune moment.”

“Rohit’s attempt to play a totally different brand of cricket to that with which he got all his international success reflected two things: nurture is as influential as nature, if not more; and he has a burning desire to succeed in Tests,” he added.

Aakash Chopra believes Rohit knew the Test series in England had the capability to define his Test legacy and his batting heroics have helped him take a giant leap towards doing that.

“He knew that this English summer had the potential to define his legacy as a Test cricketer. And it is remarkable that standing at such a crucial juncture so far into his career, he had the conviction to remould his game so drastically that he looked like a different batter altogether,” wrote Chopra.