Ollie Robinson was suspended by the England and Wales Cricket Board (ECB) following severe backlash over his ‘racist’ and ‘sexist’ tweets from eight years ago. He issued an apology, stressing he was not racist or sexist, and that he has learned from the past.

Although he impressed with an all-round performance, Ollie Robinson was suspended from International cricket pending the outcome of an investigation. Taking into account the furor the Robinson fiasco caused, several other Englishmen started deleting tweets that could be considered ‘offensive’.

You have to move on – Sachin Tendulkar

Recently, the ‘Master Blaster’ Sachin Tendulkar stated that the ECB should lift the ban on the Englishman after he issued a sincere apology for the tweets. 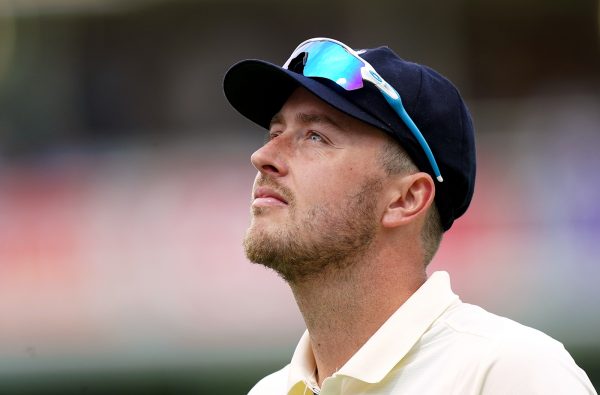 “We need to understand that he did that many, many years ago and he is sorry about it. They left him out in the second Test in spite of doing well and he realizes what he had done. He apologized and even said this won’t happen again,” Tendulkar said.

Also Read: 5 Cricketers Who Found Themselves In Trouble Because Of Social Media Activities

Sachin Tendulkar, the highest capped player in Test cricket, mentioned how an athlete gets demoralized over exclusion from any event. Following Robinson’s suspension, he missed the second Test against New Zealand and will likely not take part in the home series against India.

“You have to move on. If the players apologize and are sorry about it, not as a formality but from the bottom of the heart- then we should move on. I am not saying don’t reprimand them or whatever the penalty is. That [the suspension] has already happened. For an athlete, if you’re left out of an event, that itself is a big blow,” he concluded.

Robinson returned figures of 4/75 in the first innings followed by a 3/26 in the second, during the drawn first Test between England and New Zealand at Lord’s. At the end of day 1’s play, however, Ollie Robinson spoke up about how he regretted his actions and the fact that he’s a much more matured person now.