Team India won the nail-biting encounter against England. Virat Kohli and Co. Defeated the Joe Root led side by the huge margin of 151 runs at Home of cricket, Lord’s cricket ground, London. The match was filled with a lot of heated exchanges between the big players, However eventually, India had the last laugh as they won the game.

Sanjay Manjrekar in his Hindustan Times column stated that the first and very important moment that shifted the game towards India and eventually helped them for victory was Indian openers batting in the first innings. Rohit Sharma and KL Rahul opened the batting for India in overcast conditions after India lost the toss.

Also, they had a century partnership, Although Rohit was dismissed in the 80s, Rahul smashed a brilliant century. Sanjay Manjrekar stated:

“The first was when Indian openers batted absolutely brilliantly after having lost the toss and were forced to bat in overcast conditions on a sluggish pitch. When the ball is swinging and the pitch is slow, it’s a nightmare situation for today’s batters. It’s completely outside their comfort zone, limited-overs cricket being their main cricket, where pitches are ‘belters’ and the white ball has a very short swinging life and hitting on the up, through the line, is a basic instinct.”

“Rohit Sharma and K L Rahul, who both play all white-ball cricket there is, showed brilliant defensive play, the absolute opposite of T20 batting–a still bat in defense, leaving balls outside off and spending hours at the crease at a strike rate of 20.”

“Rohit Sharma has been a revelation in this regard. His defense is technically now the best in this Indian team and the Pujara like defiance until he gets to 30 is just amazing for one who has three double hundreds in one day of cricket. KL Rahul is one important reason India was close to winning the first Test and for winning the second” 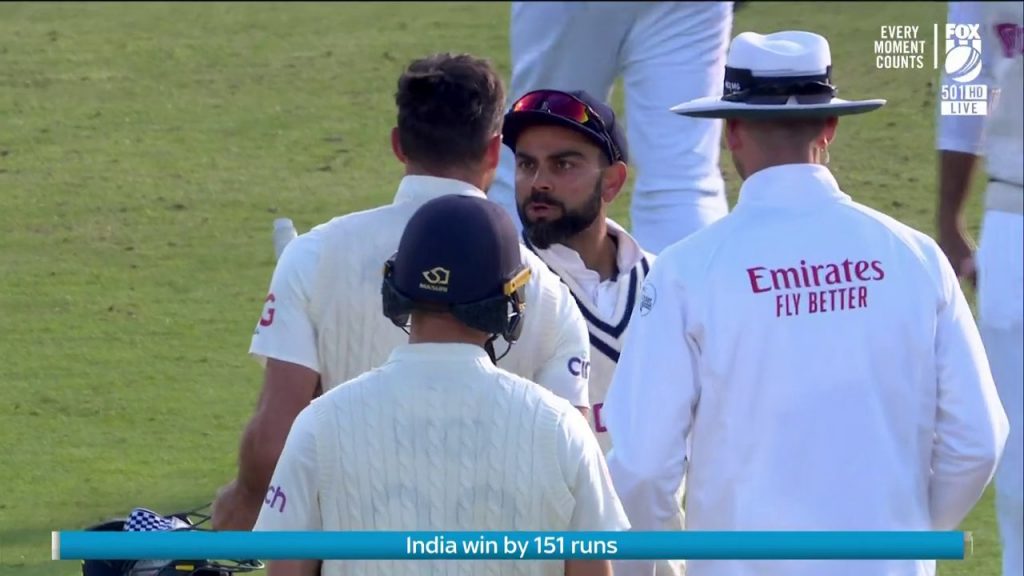 Notably, Indian pacer Bumrah came to bowl his spell in 126th over the match. He soon went aggressive against the England tailender and bowled some fierce deliveries. Bumrah went on to deliver a nasty bouncer against Anderson which hit his helmet and led him to do get checked for a concussion. Manjrekar feels that was the second moment that changed the game, He stated:

“The second moment for me was late evening, Day 3. When out of the blue, Jasprit Bumrah started a relentless attack of short balls aimed into the body of no 11 Jimmy Anderson. It was very un-Bumrah like. Normally you would expect him to bowl a fast, full delivery into the stumps to Anderson to finish off the innings quickly as he did in the first.”

Sanjay Manjrekar believes that Bumrah was following the plan made by Indian skipper Virat Kohli. He asserted:

“I am guessing this was Virat Kohli’s plan executed by Bumrah. Go after the main guy in the opposition, soften him up a little, stir him up a bit or maybe injure him in a way that the main English weapon was blunted. Whatever the reason, I just loved it.”

“At the end of Day 3, while walking out you could see Anderson was genuinely affected. He had lost his calm as a competitor. It seemed to me his ego was bruised a little.”: Sanjay Manjrekar added.