Kolkata Knight Riders owner Shahrukh Khan has a witty sense of humor and is a funny person to be with. He has been a great advocate of the game in the IPL and have managed his franchise very well over the years. KKR under Gautam Gambhir have won the IPL title twice and since then have been searching for their third. However, eversince 2014, the trophy has been out of KKR’s grasp.

On Wednesday, the Bollywood icon conducted another interesting Question and Answer (Q&A) session. Taking to Twitter, SRK addressed several fan queries and even responded to some of the most burning questions on the internet. Talking about Shah Rukh’s #AskSRK session, an ardent fan of King Khan quizzed the Bollywood legend to choose between KKR winning the IPL title this season and his films minting 600 crores at the Box-office.

“Choose One 1. KKR winning 2021 IPL 2. Your Films Collects more than 600Crs in Box-office @iamsrk #AskSRK,” the fan asked the Bollywood actor on the microblogging site. Replying to the query, SRK stumped his fan by leaving a noteworthy response. “Was never good at multiple choice questions because I want all the answers to be right,” the actor said in his tweet. 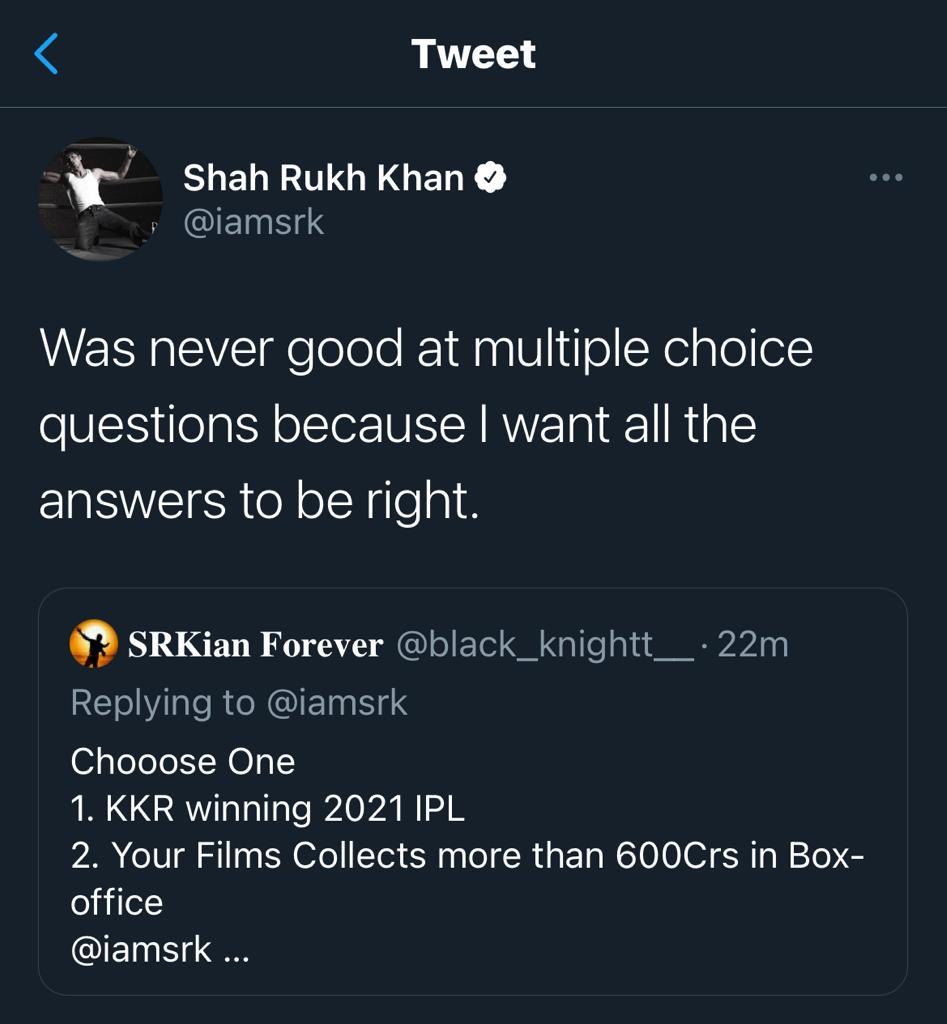 I hope so. I want to start drinking coffee in that only! https://t.co/s9UvyY2QdV

After winning their second IPL title in 2014, KKR made it to the playoffs every season till 2018. In the last two seasons, they finished fifth on the points table and failed to make it to the qualifiers.

Eoin Morgan-led side has signed the likes of Harbhajan Singh and Shakib Al Hasan for the 14th edition of the cash-rich league. KKR will kickstart their IPL 2021 campaign against David Warner’s Sunrisers Hyderabad on April 11 at the famous MA Chidambaram stadium.