The good bowling performance was the reason the hosts were ahead in the match against India at a point in time. India was in big trouble when they were in 193/7. However, with Deepak Chahar and Bhuvneshwar Kumar’s exceptional innings, India achieved the unachievable. The duo batted sensationally to bring India back in the match and hand over the victory.

However, the hosts lost the match but they found many positives in the second ODI match against the Indian team. Several players delivered awesome performances one of them was Dushmantha Chameera. Chameera impressed everyone with his performance in the recent England tour, Also Sri Lankan bowler has been troubling team India in the ODI series.

Sri Lanka has been using Chameera incredibly and he has delivered well for the team. However unfortunately Chameera has been very unlucky to miss out on picking wickets like his other mates. Dushmantha Chameera has failed to get the wicket in 17 overs he bowled for Sri Lanka in the ODI series. Although he has gone wicketless his line and length were still pretty good in the game. Adding to it the 29-year-old even impressed Indian Coach Rahul Dravid.

Apparently, after yesterday’s game, Rahul Dravid had told his Sri Lankan counterparts that he’s immensely impressed with what Dushmantha Chameera has displayed this series.

It has been revealed that Rahul Dravid has let Sri Lanka know that he has been impressed with Dushmantha Chameera in the series. This definitely will turn out to be a huge compliment for the Sri Lankan fast bowler. Dravid is known for identifying the talents from the earliest stage and young team India is a perfect example of that. 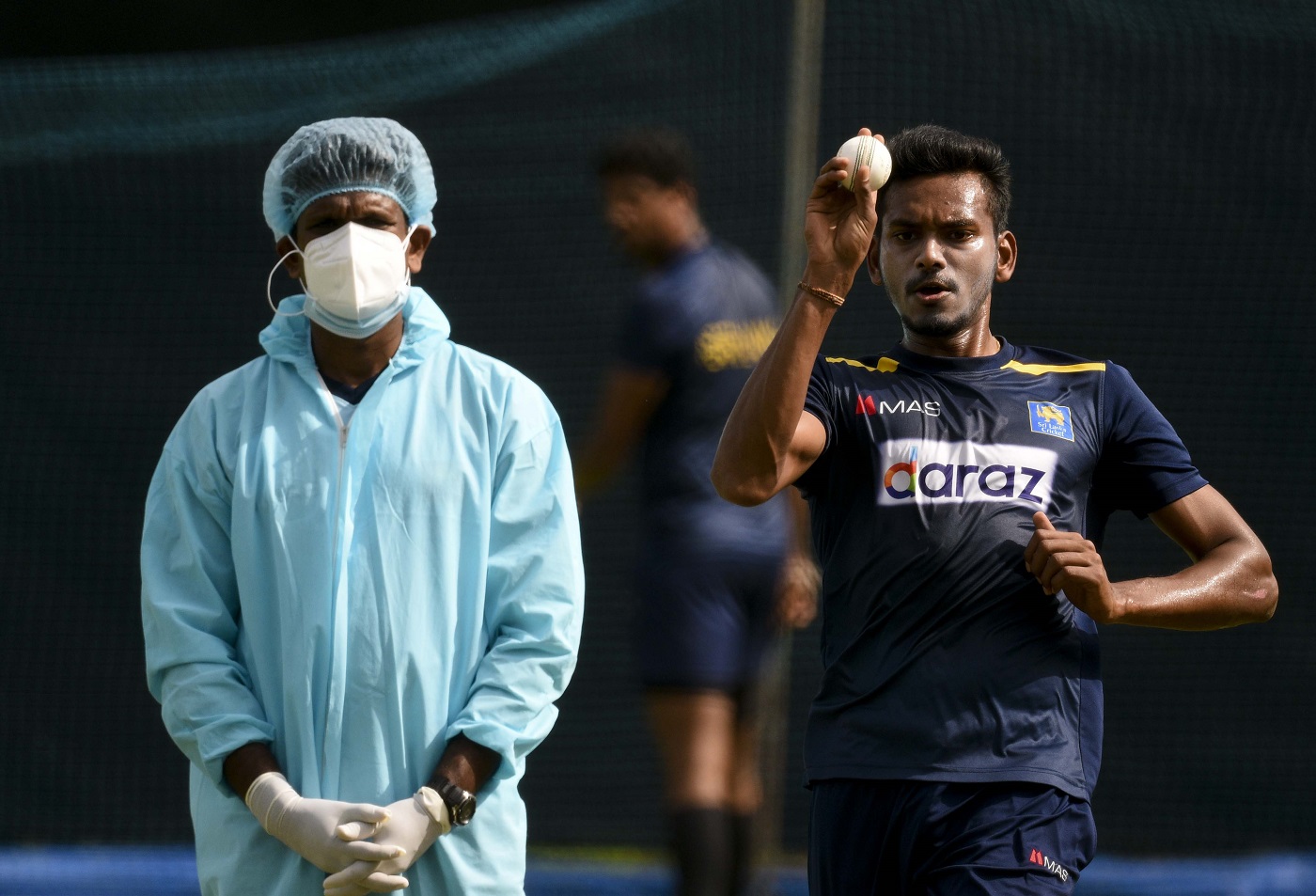 Notably, everything hasn’t gone right with the pacer Chameera. He himself would be disappointed after missing out on wickets after bowling good line and length. So far his bowling figures look like- 0/42 and 0/65 in the two ODIs played.

He has been very unlucky to miss out on wickets several times in the series. Rahul Dravid’s comment might fill him the confidence and he finally might get a taste of wicket in the 3rd ODI.