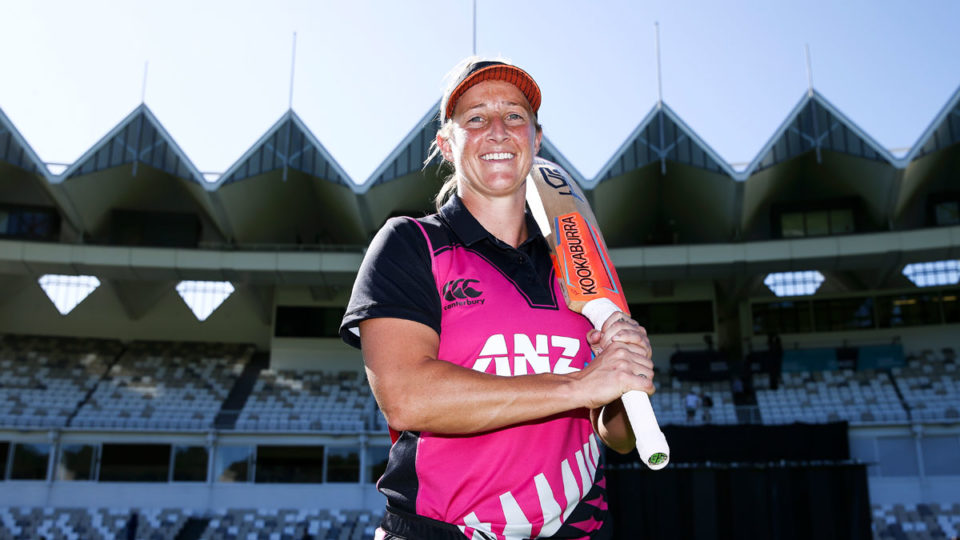 The seventh edition of the ICC Women’s World T20 is already underway in Australia. On the eve of her team’s first game of the tournament against Sri Lanka at the WACA Ground, New Zealand captain Sophie Devine analysed her team’s strengths and weaknesses, spoke about her personal form and captaincy, and named the White Ferns’ probable ‘surprise package’ for the tournament in this exclusive chat with cricfit.com correspondent Ritam Basu. New Zealand are placed in Group A alongside defending champions Australia, India, Sri Lanka and Bangladesh.

Q: Do you think you are in the best form of your life heading into the World T20, having scored your maiden T20I hundred recently and won the player of the tournament award at the Women’s Big Bash League?

Devine: I think so. The stats suggest that. I’ve enjoyed spending time in the middle as I’ve become a lot more comfortable with my opening position over the past couple of years, which was not easy to start with. It certainly helps having the support of good players around, whether it’s for the Adelaide Strikers or New Zealand or Wellington. It gives me the freedom to go out and play my aggressive brand of cricket.

Q: You recently got the captaincy of New Zealand. Has it brought out the better in you?

Devine: You could say so. It has put a bit more responsibility on my shoulders. I want to lead this team as a ‘follow me’ sort of leader who can inspire others by performing well in all three departments. It’s a huge honour to lead the side and any opportunity you get to play for New Zealand is always special, even more so when it’s at a World Cup.

Q: Do you have any role model apropos of captaincy?

Devine: I think it’s pretty hard to go past Brendon McCullum because of his fearless attitude, which not only reflected in his captaincy but also in the way he played. I would like to take a few things from his book. I want to be aggressive and back my girls a hundred percent because they’re all in the side for a reason. They’re all quality cricketers and good enough to be here. So my job is to win their trust and let them know that they’ve got my backing.

Q: You haven’t bowled a lot in international cricket of late. How important is Sophie Devine, the bowler going to be for New Zealand in the World T20?

Devine: The great thing about this side is that we’ve got awesome versatility, whether it’s in the spin or the pace department. When you’ve got so many options available at your disposal, it does make your job trickier as captain at times. For me, whenever I feel it’s the right time for me to bowl, I’ll do the job for the team. We have bowlers like Rosemary Mair, Lea Tahuhu and Jess Kerr, all of whom bring something distinct to the team. I’ll try to make sure that I perform my role well and contribute in whatever way I can to the team’s cause.

Q: Apart from New Zealand, which other teams do you think are serious contenders for the title?

Devine: The obvious ones are Australia, England, India and the West Indies. The West Indies are always a threat in this format, for they have got explosive players like Deandra Dottin and Stafanie Taylor who can singlehandedly lead their team to victories.

Q: New Zealand’s middle-order batters are often found struggling once the top order batters get out early. How is the team addressing this issue?

Devine: In any cricket team, the brunt of scoring majority of the team’s runs rests with the top order and we are no different. I think the great thing about our middle order is we’ve got a lot of versatility—we’ve got people who have batted up and down the order not just internationally, but also domestically. I have a lot of confidence in their strengths and know what each of them can do with the bat. We know that whatever situation they mace to face, whether they go in at two down with just a few deliveries left to finish the innings off, or they need to pull things back together, they can cope with it well.

Q: Who could be New Zealand’s ‘surprise package’ in the tournament?

Devine: In the seam department, Rosemary Mair and Jess Kerr are two young talents that are coming through. I am especially excited about Jess Kerr because we both play for Wellington and I’ve seen her develop over the past couple of years. She can bowl at any stage of the game and can cause right-handed batters some trouble if she manages to bring the ball back into them. Her sister Amelia, too, has been doing quite well, but she is no surprise as she has been playing for some time now. So we have a strong side and when called upon, I know that they’ll do the job.