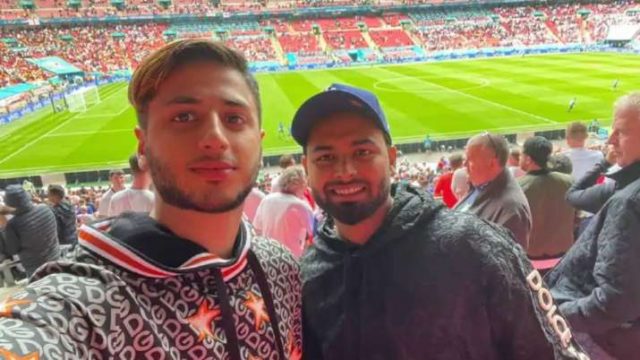 The Indian cricket team was on a 2-week long break after the conclusion of the ICC World Test Championship final. The players were seen exploring various tourist attractions in the UK. Rishabh Pant along with some of his friends went to watch the Euro 2020 matches.

Sourav Ganguly said in an exclusive interview with News18:

“We have seen Euro Championship and Wimbledon in England. Rules have changed (with the crowd being allowed inside venues). They were on leave and it’s physically impossible to wear masks all the time.”

Rishabh Pant won’t be traveling with the team to Durham

The Indian team has reached Durham for preparation ahead of the five-match Test series against England. They were administered the second dose of the Covid vaccine before leaving for Durham. The Indian team will play two warm-up matches starting from July 20.

However, Rishab Pant won’t be a part of the team for the tour games as he is in isolation.

“He is in quarantine at an acquaintance’s place and won’t be traveling with the team to Durham on Thursday,” said a source, as reported by Espncricinfo.

The five-match Test series will begin from August 4, in Nottingham. This will be India’s first series in the new ICC World Test Championship cycle.