Virat Kohli is without a shadow of a doubt one of the all-time great T20I batsmen. Time and time again Kohli has shown his class in the shortest format and won India matches from an impossible situation. Now Kohli averages over 52 in the format with over 3,000 runs but most importantly his strike rate is 139 which proves that he is a  match-winner. In his last 2 T20Is against England, Kohli has made batting look ridiculously easy and stamped his authority like the way only he can.

In his legendary T20I career, Kohli has played countless outstanding knocks which have helped India win matches. In this feature, we look ahead at his top 5 greatest knocks in T20I cricket which will forever be etched in the minds of every cricket fan. 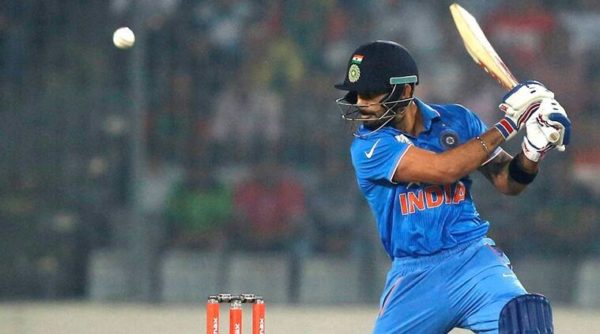 Now a knock of 49 from 51 deliveries is usually considered an ordinary knock in T20 cricket. However, when Kohli scored 49 against Pakistan in the Asia Cup in 2016 it had the world take notice as it came on a pitch that seamed and swung.  Chasing a total of just 84 runs India were on the rocks early as a brilliant spell from Mohammed Amir stunned them.

After a few initials scare Kohli put on a masterclass as the world saw batting of the highest order. It seemed as if he has played on a different wicket to the rest and easily countered the moving ball. Kohli scored 49 from 51 balls but the impact of this knock will stay fresh in the minds of everyone forever. Eventually, his knock helped India beat Pakistan and he was rightfully adjudged the man of the match.