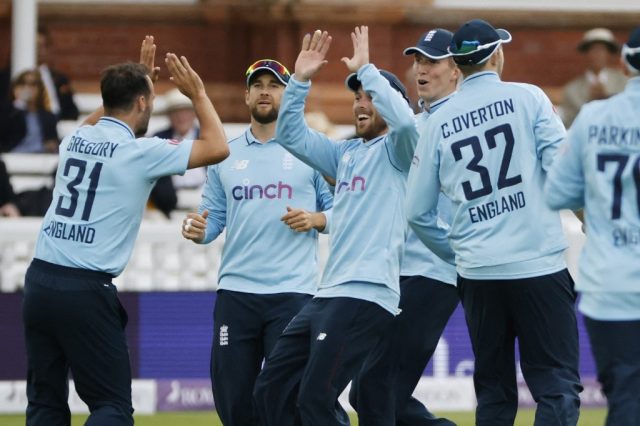 Twitter had a field day following Pakistan’s embarrassing 0-3 whitewash at the hands of a second-string England side. Memes flooded the social media site Twitter, after a scintillating century from skipper Babar Azam wasn’t enough to save the Men-in-Green’s blushes.

Going into the dead-rubber, Pakistan had nothing but pride to play for. Being sent in to bat first, Pakistan turned up in the first innings courtesy a couple of excellent partnerships. They were in familiar territory when they lost a wicket early, but Babar Azam decided to show up this time. He steadied the ship with Imam-ul-Haq before the latter was dismissed by Matthew Parkinson.

In walked Mohammad Rizwan, who has had a dismal tour so far, to join the skipper in the middle. They started off slowly before launching into the bowling attack, with Babar reaching his 100 in the process. A cluster of wickets at the end meant Pakistan didn’t get the desired finish. However, they had a par total at hand after reaching 331 in their 50 overs.

Their hopes of a solitary win increased when they sent half the English side back into the hut at 165. Unfortunately for them, James Vince, who is making a comeback to the side in the series, paired up with Lewis Gregory to build the match-winning partnership. Vince barreled towards a brilliant hundred, while Gregory made a quick-paced 77 off 69 balls.

Before both of them were dismissed, they had put England in a winning position. Craig Overton and Brydon Carse finished the formalities and sent Pakistan to a humiliating 0-3 defeat.

Following the defeat to England, Twitter users stacked the pain on the Pakistan team. A plethora of memes popped up, mocking the team for their performance.

Here are the best of the lot:

Me @ the Pakistan cricket team pic.twitter.com/qubYhGbFN0

That's me expecting Pakistan cricket team to surprise me with their good performance but instead they actually end up surprising me. pic.twitter.com/RA6TdPQ7jM

We Are In Need Of Good Fast Bowling All Rounder please come To Our Team😮🙏#பாகிஸ்தான்_வந்தேறிஅஜித் pic.twitter.com/IJO3BGw1RB

In terms of comedy, Pakistan are the Arsenal of cricket. #ENGvPAK pic.twitter.com/CaJckf3XH0