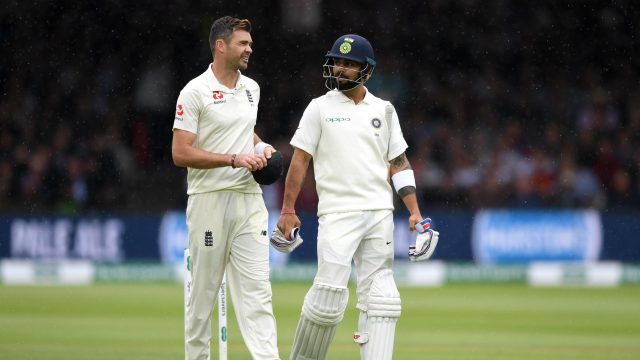 The fifth and final Test between England and India, which is scheduled to begin on Friday (September 10), has been cancelled. England and Wales Cricket Board (ECB) has shared the news on their social media account.

The decision seems to be taken after Team India’s junior physio Yogesh Parmer has been tested positive for COVID-19, although, the RT-PR tests of the players who came in contact with him have come negative as well.

As per the report on PTI, a senior Indian cricketer voiced his concerns over featuring in the game saying that the chances of a playing member tests positive on one of the match days as well.

However, according to the sources of Outlook India, the entire Indian cricket team is having a second round of RT-PCR tests on Friday as well. While the results are expected to come late in the evening, UK time, there was a lot of uncertainty regarding playing the Manchester Test. And, the Indian team did not want to play the match and ECB wanted them to forfeit the game as well.

Meanwhile, the Indian team is already reeling with the Covid-19 positive cases where their head coach Ravi Shastri, bowling coach Bharat Arun and fielding coach R Shrishar are in quarantine after having been affected by the deadly virus. Notably, they have not travelled with the team to London for the fifth and final Test whereas batting coach Vikram Rathour is the only senior support staff traveled with the team.

Here is how Twitterati reacted on the England-India Test cancellation:

The ECB gives indian an option to the complete the 5th Test next year when they visit England for the white ball series.

Test cricket at its best! Really enjoyed each and every day of the play as it unfolded during this series. Very unfortunate that the fifth test stands canceled. #INDvsENG #5thTest #ManchesterTest

How about it, @ECB_cricket @BCCI ? https://t.co/Y1nsAvxZTX

I was looking forward to that match.
Ah well!
I hope the @Cristiano return is still on#ENGvsIND #ManchesterTest #ManUnited #RonaldoReturns