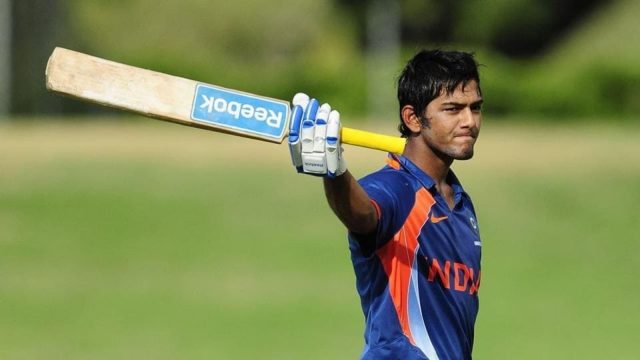 India’s U19 World Cup-winning captain, Unmukt Chand has asserted that he is happy with his decision to move to the USA. The right-handed batter took retirement from Indian cricket in August this year and has signed a three-year deal with the Major League Cricket, which kickstart next year.

Speaking to the Hindustan Times, Unmukt revealed that not getting chances for Delhi was frustrating for him, which prompted him to move to Uttarakhand. However, after getting an offer from USA Cricket, he decided to move on. Unmukt said:

“For two years I was being sidelined by the Delhi selectors. I was really frustrated and could not understand why DDCA was not giving me chance. So, I shifted to Uttarakhand for a season. An injury hurt my cricket during that time. I was gutted, and when I got an offer from USA Cricket to play in the US, I (decided on) starting my career afresh. I’m very happy with the decision I made.”

Unmukt Chand will soon be playing in the Big Bash League 2021/22 for Melbourne Renegades. He will become the first male Indian cricketer to play in the BBL.

“It will be great to play in the BBL. I won’t be able to play in any other T20 league as I just get two months off from USA Cricket in a season,” stated Unmukt Chand.

The former India A and India U19 captain is officially a Renegade!#GETONRED

I want to make sure I score lots of runs: Unmukt Chand

Recently, Unmukt Chand led the Silicon Valley Strikers to a title win in the Minor League Cricket in the USA. He will be eligible to play for the USA cricket team, after spending three years in the country.

Unmukt expressed that he wants to score a lot of runs, and then represent the USA on the global stage. He asserted that playing on bigger platforms will help him to establish his credentials.

“It is wonderful to be playing alongside cricketers from South Africa, West Indies, Australia, Pakistan, and Sri Lanka. USA Cricket is growing massively. I want to play for the USA but before that, I want to make sure I score lots of runs. I will be eligible to play for the USA when I complete 36 months in the country. A bigger platform is for me to establish my credentials first at the BBL and then in the USA Major T20 League to be held in 2022,” said Unmukt Chand.