Ravi Shastri has recently opined on the rift rumours in the media between current Indian captain Rohit Sharma and ex-captain Virat Kohli. However, it came as the speculation over the duo not seeing eye to eye has come into the spotlight but the former India head coach has dismissed any such news as well. Notably, Shastri was appointed India’s head coach after the 2017 Champions Trophy and continued for more than four years until his tenure came to an end after the 2021 T20 World Cup with Rahul Dravid replacing him. 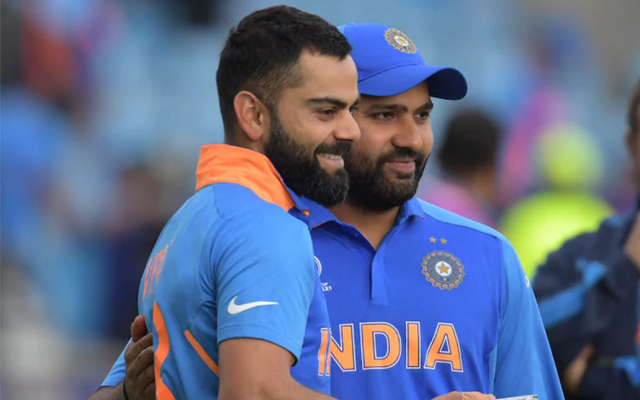 “Vo sab bhaad mein gaya yaar! Vo sab tumlog ke liye timepass hai. (Let all that talk go to hell! That’s just a time pass for you guys). Everything is fine, they are making century partnerships, and you guys are making a mess. All these are petty things for me and I don’t waste time on such things,” said Ravi Shastri on Vimal Kumar’s Youtube channel.

However, both Rohit Sharma and Virat Kohli have constantly backed each other in the media. Rohit was a vocal supporter of Kohli always during his poor run of form earlier this year and he was seen lifting him after his stunning knock against Pakistan in the 2022 T20 World Cup at the MCG in October as well. It is also noteworthy that, Rohit Sharma replaced Virat Kohli as India’s all-format captain over the last year. However, Kohli resigned from the T20 and Test captaincy but was removed from the captaincy in ODI cricket as well.