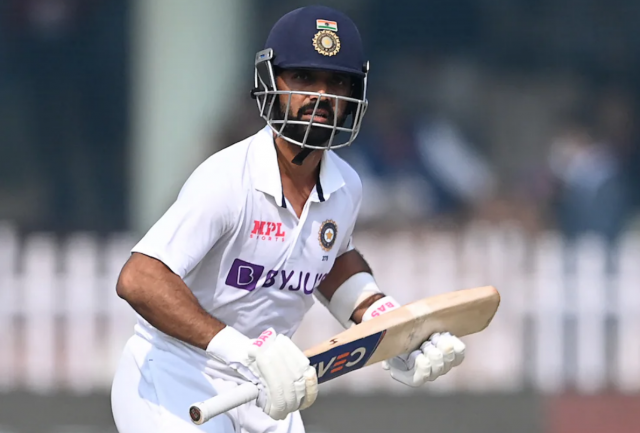 Ajinkya Rahane ended unbeaten on 40 on day 1 of the Centurion Test. India scored 272/3 with KL Rahul scoring his sventh Test ton and his first Boxing-Day hundred in Test cricket. The duo shared an unbeaten 73-run stand for the fourth wicket.

Ajinkya Rahane has endured a tough run with the bat in 2021 scoring run at an average below 20 this year. He has scored 411 runs in 12 Test matches this year averaging 19.57. He scored a timely 40 on day 1 as India needed someone to stay with KL Rahul after the fall of Virat Kohli’s wicket.

While batting, Ajinkya Rahane was consistently reminding himself to watch the ball. He has been guilty previously of playing balls that are away from his body leading him to get dismissed either outside or inside edging the balls. He has been dismissed played on several times since the last two years. Runs too have dried up from his bat in the meantime. Barring his ton in Melbourne in December last year, Rahane hardly has contributed with the bat.

Rahane reminding himself to watch the ball as the bowler runs up makes me realise how cruel cricket can be for such experienced guy pic.twitter.com/3HKhVgMMFc

Former Indian opener Aakash Chopra’ criticised his inclusion in the playing XI for the first test, with the selectors ignoring Shreyas Iyer and Hanuma Vihari.

“The biggest question for the Indian team is how many batters to play. I will not play Rahane even if you play six batters. I am going with Hanuma Vihari because you had sent him to South Africa, just to get some form and to get acclimatized, and he scored runs. You gave Shreyas Iyer a debut and he made a century and a fifty and consolidated his position. Rahane, of course, is the senior guy but he is no longer the vice-captain. I would like to play six batters, and I would like to play Shreyas Iyer and Hanuma Vihari” he said. Rahane has batted with intent on day 1 looking to score off every opportunity. It is now important for him to cash in on a good start as play resumes on day 2.