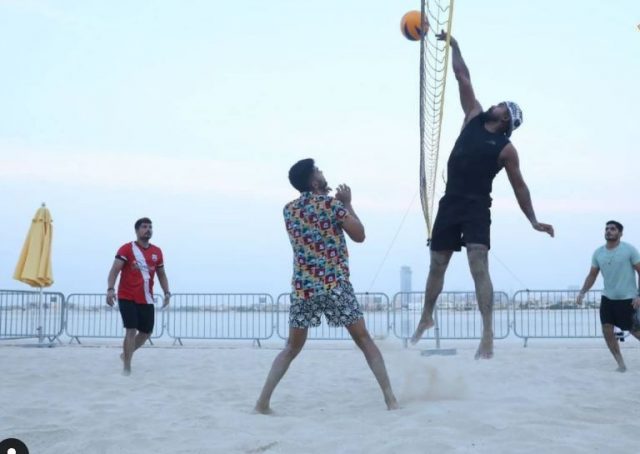 The Chennai Super Kings franchise has already begun their preparations for the second phase of Indian Premier League 2021. The league will resume on September 19 in the United Arab Emirates the Super Kings locking horns against defending champions Mumbai Indians in Dubai.

The Chennai contingent landed in Dubai on August 13 and have completed the mandatory quarantine period. They hosted a few training sessions at the ICC Academy ahead of the second phase of the marquee tournament.

On Thursday, the official social media handle of the CSK shared a couple of posts of their players spending their off-day on the beach. The likes of MS Dhoni, Ruturaj Gaikwad, Karn Sharma, and others were seen playing beach Volleyball. They captioned the post as, “Day OFF means the Fun is #WhistlePodu #Yellove.”

The Chennai Super Kings performed brilliantly in the first phase of the Indian Premier League 2021. They got off poorly, losing their opening match against the Delhi Capitals by seven wickets. But pulled things back after that, and are second on the points table.

Chennai have won five out of their seven matches and have a net run rate of +1.263. They will resume their campaign this season by playing against the Mumbai Indians at the Dubai International Stadium on September 19. In the previous encounter between these two, Mumbai Indians emerged as winners. This time, Chennai Super Kings will be keen to settle the scoreline and start the second phase on a winning note.