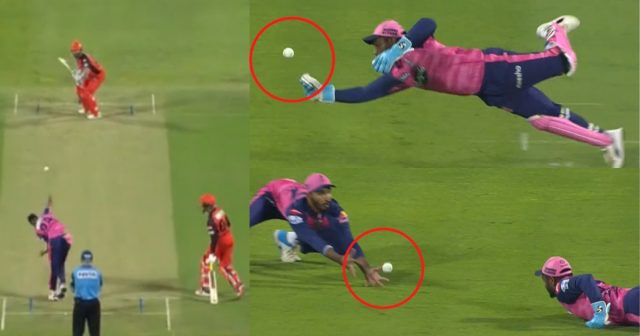 The Rajasthan Royals pulled off a great batting performance against the Sunrisers Hyderabad at the MCA Stadium, Pune in Match 5 of the Indian Premier League 2022. They put on 210 runs on the board batting first.

In reply to their target, the Sunrisers Hyderabad have made a disastrous start. Their skipper Kane Williamson was sent back to the pavilion for just two runs. Devdutt Padikkal took a stunning catch the dismiss the batter.

In the second over of the innings, Prasidh Krishna bowled a back of a length ball around the off-stump. Kane Williamson tried to poke at the ball, it the outside edge and flew to the right of the wicket-keeper, Sanju Samson.

The Rajasthan Royals skipper dived but the ball popped out of his hand. Padikkal who was at the first slip, showed great reflexes to dive forward and take a low one-handed catch. The umpire looked at several angles, before ruling the decision in favor of the Rajasthan Royals.

Sanju Samson leads the Rajasthan Royals from the front 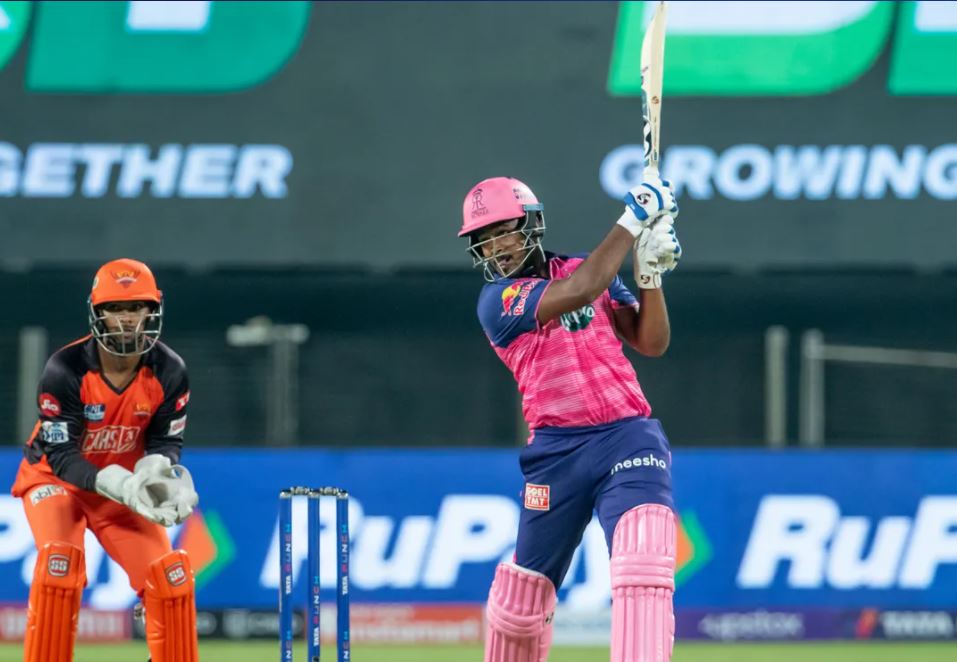 Earlier in the match, Sanju Samson led the Rajasthan Royals’ batting attack from the front. He slammed 55 runs off just 27 balls at a strike rate of 203.7, with three boundaries and five sixes.

Devdutt Padikkal and Jos Buttler also contributed crucial runs. Shimron Hetmyer smashed a quick-fire 32 batting in the lower order. For the Sunrisers Hyderabad, Umran Malik was the pick of the bowlers, with 2/39 in four overs.

Meanwhile, the Sunrisers Hyderabad have lost three wickets for just 14 runs on the board in six overs. Along with skipper Kane Williamson, Rahul Tripathi and Nicholas Pooran are also back in the hut. Prasidh dismissed Kane and Tripathi, while Trent Boult got Nicholas Pooran out lbw. Aiden Markram has joined Abhishek Sharma at the crease.