Debutant Mohammed Siraj provided Team India with a massive breakthrough as he removed Marnus Labsuchagne to put his side on top in the ongoing Boxing Day Test at the Melbourne Cricket Ground. Australia are reeling at 136 for five with skipper Tim Paine and Cameron Green as they made their way to the dressing room for a tea break.

After removing Matthew Wade with a thoughtful plan with Rishabh Pant, Ashwin made Steve Smith his bunny once again. The No.1 Test batsman went back for a duck and it is the first time Smith has got out on a duck against India. Since then, Marnus Labuschagne and Travis Head showed resilience keeping the Indian bowlers at bay.

The wicket also seemed to ease out a bit which aided the batters while Mohammed Siraj and Umesh Yadav dished out full deliveries. But Jasprit Bumrah, who was brought back for his third spell once again managed to find Travis Head’s nick before Siraj picked his debut Test wicket. India used the perfect Smith trap to get his impersonator out.

Also Read: “You Have Earned This,” Ravichandran Ashwin Gives A Heartwarming Speech As He Presents Test Cap To Mohammed Siraj

It was an ordinary delivery from Mohammed Siraj who delivered full delivery angling into the pads and probably even going down leg. But Marnus Labuschagne flicked it and failed to keep it down. He found a slightly backward square leg close-in where Shubman Gill does really well to dive low in the front and get his palms underneath.

Mohammed Siraj was beaming with joy and it’s a big one in the context of where things stand in this game. Reeling at 136 for five at tea, Aussie skipper Tim Paine will once again have to do the rescue job to help his side post a decent first inning total. 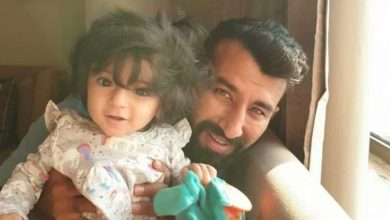 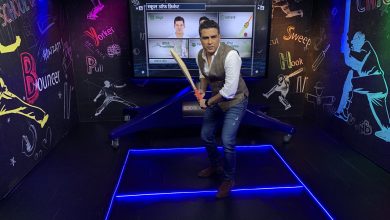