They say form is temporary and class is permanent and Sreesanth once again testified the age-old proverb. Sreesanth, who is returning to competitive cricket after seven-long years of exile, had all the ingredients in his bowling during his comeback match which made him a rare talent during his early days.

All eyes were on the game between Kerala and Puducherry and Sreesanth didn’t disappoint. Upright seam, late swing taking the ball away from the batsman, the veteran batsman delivered exactly what was expected out of him by the Kerala think tank.

Sreesanth gets emotional on his return to competitive cricket

And man, he just took seven balls to strike his first wicket on his return. It was a perfect out-swinger that hit the good length area beating the Puducherry batsman Fabid Ahmed by an inch to hit the top of the off-stump. Sreesanth befittingly looked emotional after his first wicket at the Wankhede Stadium and thanked everyone for the support during these difficult years.

The bowler has been working hard during his exile putting in the extra yards in his makeshift gym at home to prepare for this day. The World Cup-winning member bowled with a purpose in the nets leading to the tournament and he made his presence felt only in the first game.

Sreesanth finished the match with figures of 4-0-29-1 as Kerala started their Syed Mushtaq Ali Trophy with a six-wicket win. He was seen making a grateful gesture to the pitch after finishing his spell. This action won him plenty of plaudits for social media as they saw the pacer bowl really well.

Kerala will next take on Mumbai in the Syed Mushtaq Ali 2021 encounter at the Wankhede stadium. Mumbai are coming off a big loss against Delhi in their previous game in which they conceded over 200 runs. Sreesanth will hope to make big against Mumbai as he aims to make a return to the next edition of IPL and plans to represent India in the 2023 ICC World Cup.
Tags
Sreesanth Syed Mushtaq Ali Trophy
Ankush Das Follow on Twitter 1 week ago
6,014 1 minute read
Facebook Twitter
Share
Facebook Twitter

‘I Didn’t See That Coming At All’, Brad Haddin Lauds Team India’s Fightback At SCG 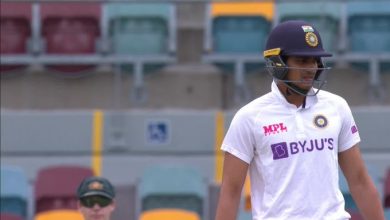 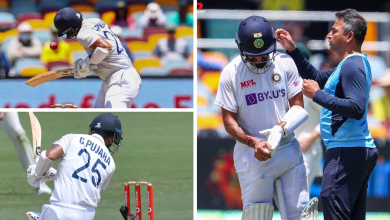 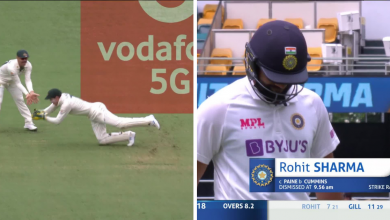