Team India skipper Virat Kohli produced a comical error in the field before getting Australia’s stand-in skipper Matthew Wade run out after he got his side off to a flurry start. Put to bat first, Wade, who is leading the side in the absence of injured Aaron Finch, pressed the fifth gear to put the hosts on top.

The veteran wicket-keeper batsman came out with a purpose hitting everything at his disposal while D’Arcy Short provided the perfect foil at the other end. Both the left-handers went hard against the new ball scoring quick runs before Shreyas Iyer pulled off a good catch to pull the brakes.

However, Matthew Wade looked complete in his elements bringing his half-century in just 22 balls. Just when things looked completely out of India’s hand, a comical error gave India the breakthrough.

The incident took place when Washington Sundar bowled slower through the air and got some purchase. Matthew Wade closed the bat face early trying to flick after a step down the wicket, got a leading edge. It was a dolly of a catch at cover, Virat Kohli tried to take overhead but it popped out.

In the meantime, Wade charged for a run, but Steve Smith was just ball-watching. Matthew Wade had given up too midway down the pitch. Then Smith tried to go, Wade tried to go as well but Virat Kohli slowly threw the ball to KL Rahul to effect the dismissal. Wade didn’t expect the drop and could have been home had he not given up early. Steve Smith alerted him of the drop but Wade was almost walking away before the drop and it was too late to recover.

Why Did India Drop Manish Pandey For The 2nd T20 Against Australia? 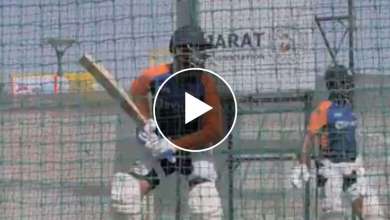 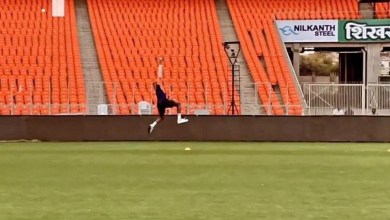 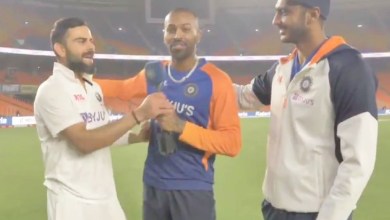