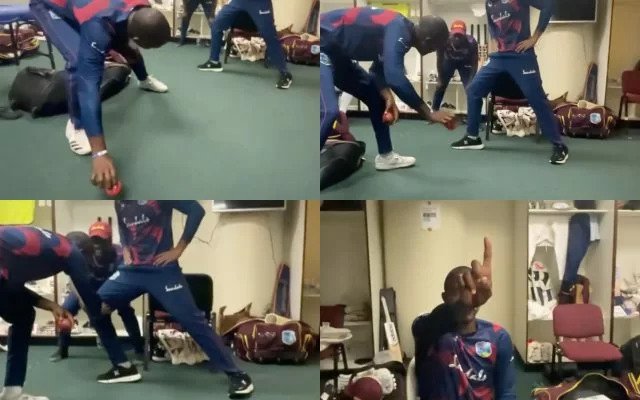 West Indies cricketers were seen hilariously enacting a DRS call after rain forced a delayed start on day 2 of the 2nd Test at the Sabina Park in Jamaica. Meanwhile, rain forced the umpires to abandon day 2’s play with Pakistan stationed at 212/4 with Mohammad Rizwan and Faheem Ashraf unbeaten at 22 and 23 respectively.

Rain can be very frustrating at times and more so for the cricketers. In the ongoing Test match between West Indies and Pakistan, a similar situation arrived on the second day morning in the second Test at the Sabina Park. However, the West Indies cricketers looked in good mood and they were seen having fun inside the dressing room.

Today's play has been abandoned due to rain! 😔

In a video shared by the Windies Cricket official Twitter page, the West Indian players were seen playing some indoor cricket with a bit of twist inside the dressing room to pass time. In the video, Jomel Warrican was seen batting against Chemar Holder.

As the video moves forward, Shamarh Brooks who is standing as the on-field umpire gives it out. Warrican then decides to take the DRS. Once he calls the DRS, the players are seen enacting the replays with ball tracking as Jason Holder, who acts as the third umpire, decides that the batsman should be given out.

They captioned the post, “Meanwhile in the West Indies locker room. Jomel Warrican calls for a player review after being signaled LBW off a delivery from Chemar Holder. 3rd umpire @Jaseholder98 reviews ball tracking and has made a decision for the “big screen”! #MenInMaroon #RainDelay Oh and Shamarh Brooks is the on-field umpire!”

Jomel Warrican calls for a player review after being signalled LBW off a delivery from Chemar Holder. 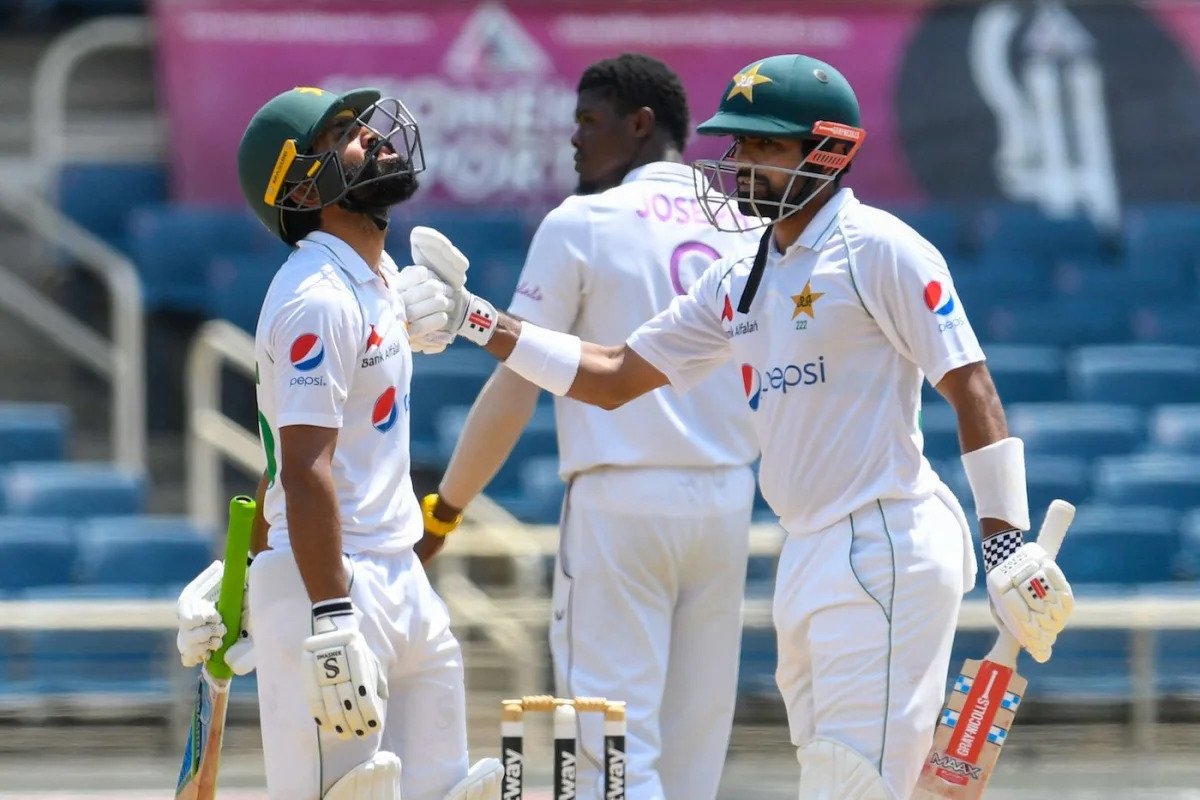 Asked to bat first, Pakistan were at 2/3 with Kemar Roach and Jayden Seales shedding fire with the new ball. Since then, Fawad Alam and Babar Azam steadied the innings adding 164 runs for the fourth wicket. Skipper Babar failed to convert the start after getting out to 75 while Fawad was retired hurt at 76.

Mohammad Rizwan and Faheem Ashraf were the overnight batsmen before rain washed out day 2’s play.