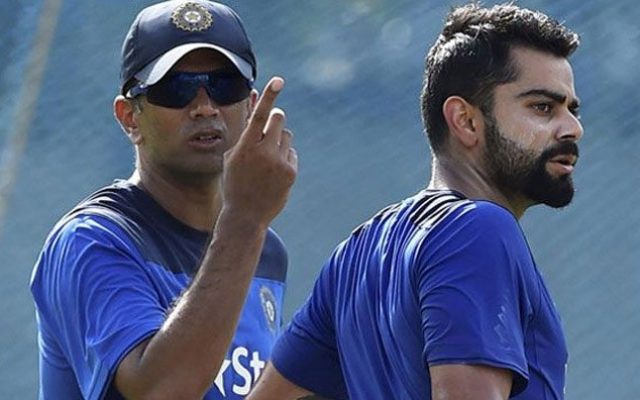 Incumbent Team India skipper Virat Kohli took over the reins from MS Dhoni after the legendary cricketer announced his retirement from the red-ball format in 2014. Dhoni stepped aside after the conclusion of the third Test between India and hosts Australia in 2014.

New to the international captaincy, Virat Kohli was famously interviewed by legendary batsman Rahul Dravid during India’s tour Down Under. Dravid asked Kohli whether he enjoyed leading the Team India side in the last five days during the interaction. Responding to Dravid’s question, Kohli revealed that he had sleepless nights throughout the Test match.

“Welcome to captaincy my friend,” Dravid joked as the two icons of the gentlemen’s game shared a hearty laugh. “I think I have about 12 more grey hair in the beard as well already. But I enjoyed it. I enjoyed the challenge,” Indian skipper Kohli added.

Virat Kohli played gritty knocks in both innings (117 & 46) to help his side share points with Australia at the Sydney Cricket Ground (SCG).

Meanwhile, captain Kohli has taken Indian cricket to greater heights. He is also the most successful Indian captain in the history of Test cricket. Under Kohli’s leadership, Team India has won 37 Tests out of 63 matches. The Indian skipper is only behind Steve Waugh (41 wins), Ricky Ponting (48 wins), and Graeme Smith (53) in the elite of captains with most Test victories.

With 1-0 ahead in the series, India skipper will be desperate to take an unassailable lead in the five-match Test series against England. The third tie of the bilateral encounter begins on August 25 (Wednesday) at Headingley in Leeds.

After an emphatic win at Lord’s, India are unlikely to change their playing XI for the third Test.