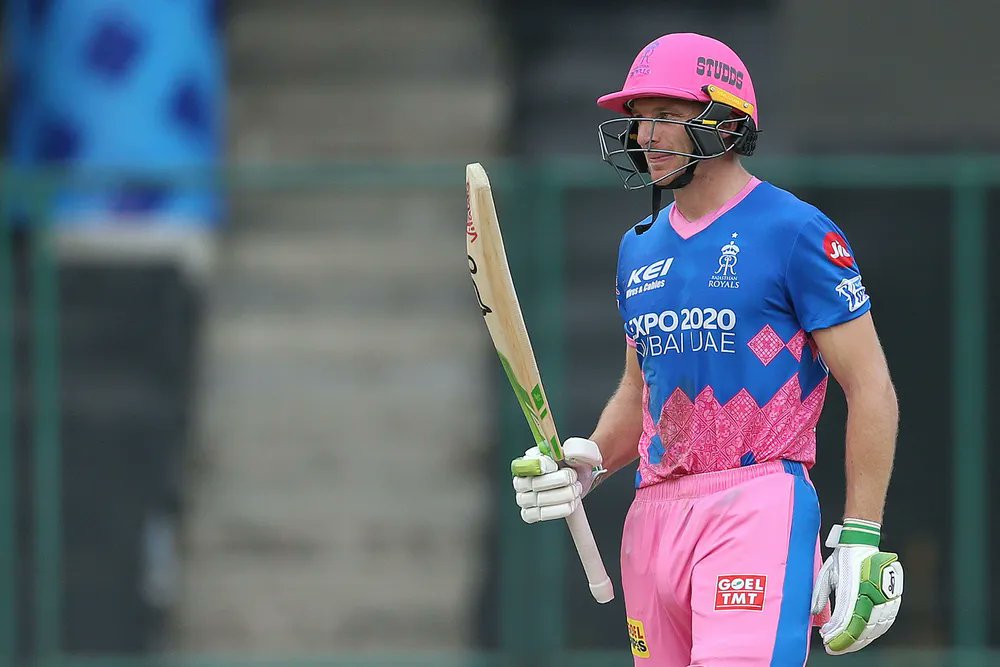 Rajasthan Royals star batsman Jos Buttler will not be available for the remainder of the Indian Premier League 2021. Earlier this year, the tournament was suspended mid-way due to the spread of the covid-19 virus. However, it is set to resume on September 19 in the United Arab Emirates.

Jos Buttler has decided to pull out of the tournament as he and his wife are expecting their second child, this month. The wicket-keeper batsman has also been released from the England squad for the fourth test match against India to be with his family.

Rajasthan Royals recently confirmed the news about Buttler’s unavailability for IPL 2021. They wrote, “Jos Buttler will not be part of the remainder of #IPL2021, as he and Louise are expecting a second child soon. We wish them well, and can’t wait for the newest member of the #RoyalsFamily.”

Jos Buttler will not be part of the remainder of #IPL2021, as he and Louise are expecting a second child soon.

We wish them well, and can't wait for the newest member of the #RoyalsFamily. 💗 pic.twitter.com/rHfeQTmvvg

Meanwhile, the Rajasthan Royals have named New Zealand’s wicket-keeper batsman Glenn Philips as Buttler’s replacement. Philips has played 25 T20Is for New Zealand, scoring 506 runs at an average of 28.11. He slammed a T20 century (108 off 51 balls) last year against the West Indies at Mount Maunganui. Glenn Philips broke Colin Munro’s record to score the fastest T20I century (in 46 balls) by a New Zealander.

The Kiwi wicketkeeper-batter is the Royals' first replacement player signing for the
remainder of #IPL2021.

The Rajasthan Royals had a decent run in the first phase of the Indian Premier League 2021. They rank fifth on the points table, with three wins in seven matches, and have a negative Net Run Rate of -0.190.

The Sanju Samson-led team will resume their IPL 2021 campaign on September 21 playing against the Punjab Kings at the Dubai International Stadium. They will be hoping to put up a better performance in the second phase of the Indian Premier League 2021.