Current Indian skipper, Virat Kohli shared a picture from his quarantining room at the Hilton, overlooking the beautiful scenery at the Ageas Bowl, Southampton. The Indian contingent landed in London on June 3. They will be undergoing mandatory quarantine at the Hilton in Southampton.

Several players shared photos on their social media handles, engaging their fans and giving out gradual updates. The skipper was the latest one to participate, as he shared a picture on his Instagram story where he was seen posing with a beaming smile. 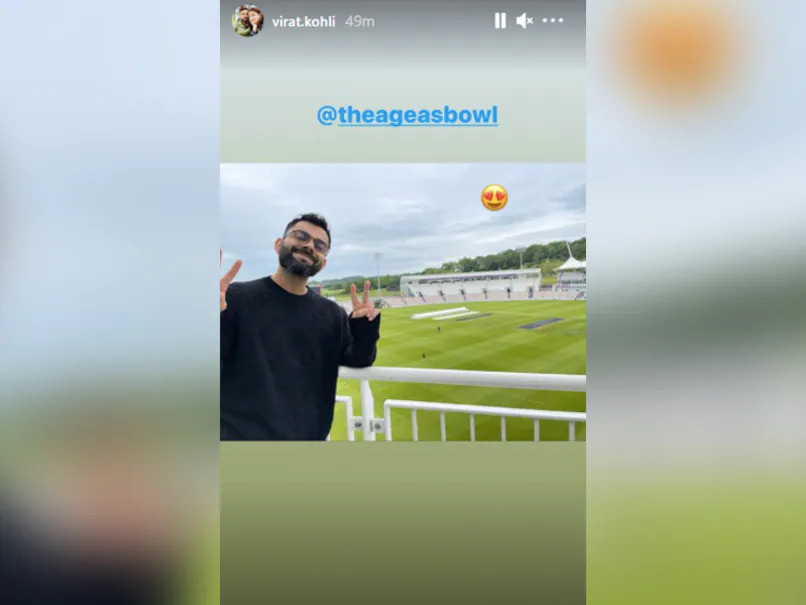 Before boarding the flight to London from Mumbai, Virat Kohli and Indian coach Ravi Shastri spoke in a press conference. Kohli mentioned both the teams are on equal terms and that the game will be decided based on who wins each session.

Many former cricketers have backed the Black Caps as the favorites considering they will play two matches in England leading up to the all-important ICC World Test Championship final.

“The conditions are as potent for us as New Zealand. We are going to board the flight thinking that we’re on equal terms and whichever team performs well session-by-session, hour-by-hour, is going to win that championship,” Virat Kohli had said before leaving Mumbai.

When asked whether he was under any pressure, Virat Kohli said that he is under no pressure and is only focused to take Indian cricket forward.

The Indian Men’s team will play against New Zealand in the all-important World Test Championship final starting June 18. The Ageas Bowl will play hosts to the teams, who finished the WTC points table in the top two spots.