Xavier Doherty, the former Australian cricketer, has turned into a carpenter to meet his needs four years after announcing his retirement from competitive cricket. The left-arm spinner has represented Australia in four Test matches, 60 ODIs, and 11 T20Is.

The 38-year-old grew stronger in the ODIs and the Australians missed him at the 2011 World Cup on the subcontinent, when a back injury kept him from touring.  However, Doherty was part of Australia’s 2015 ICC World Cup-winning squad under the leadership of Michael Clarke. He only played a solitary game and leaked 60 runs in seven overs without getting a wicket.

After his retirement, the now 38-year-old Xavier Doherty wasn’t aware of his next step in life, but he made sure of finding his way. In a video uploaded by the Australian Cricketers’ Association (ACA), Doherty talked about carpentry and how he’s been enjoying the new profession. He also thanked the ACA for lending him a helping hand in the critical situation.

“Right now, I am three-quarters of the way through a carpentry apprenticeship. This is my day on building sites and I have thoroughly enjoyed it. Just being outdoors working with my hands, learning new things. Something completely different to cricket,” Doherty was quoted as saying in the clip. 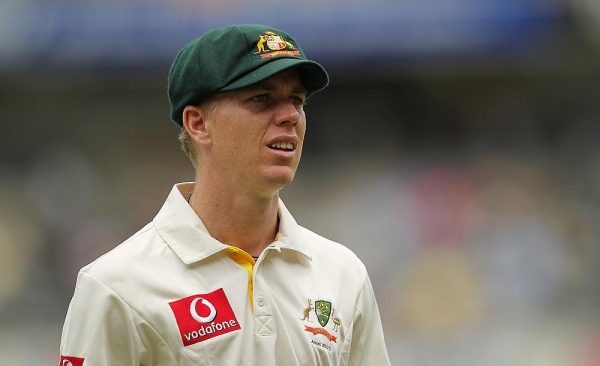 “When I finished cricket, I didn’t know exactly what I was going to do. Then I spent the first 12 months once cricket finished doing everything and every opportunity that came my way. I did some landscaping, office work, cricket work and then found myself here,” he stated.

Xavier Doherty took some time to find what was right for him following his retirement from cricket, but he's now building his future with an apprenticeship in carpentry.#NationalCareersWeek pic.twitter.com/iYRq2m39jt

Xavier Doherty last played competitive cricket for the Australia Legends in March 2020 during the Road Safety World Series at the Wankhede Stadium in Mumbai. The left-arm spinner has scalped 72 international wickets. His last international match was against Sri Lanka in 2015.

Xavier Doherty has a net worth of $1-$5 million

The former Tasmanian spinner enjoys a good net worth between $1 to $5 million. Doherty has earned a handful amount during his days as a cricketer. While there is not much information about the assets he owns, Xavier Doherty leads a decent life back in Australia.

I am an accountant by qualification, my parents thought their obedient son would study further to become a CA, but I had other things in mind. An ardent Cricket fan is following his passion and making a living watching and working around his favourite sport.
Feature
Show More
Videos
Show More
Back to top button
Close
Close
Close