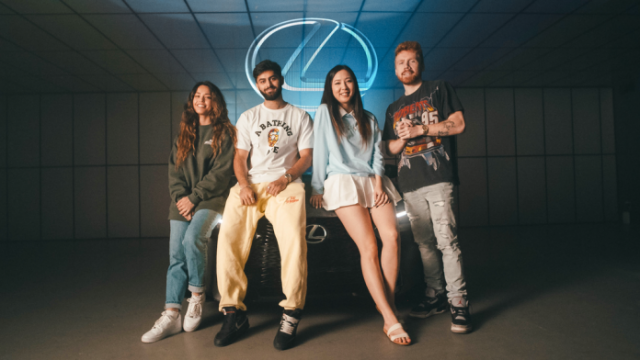 Ever since the beginning of the year 2021, Esports organisation from different parts of the world has signed some crazy collaboration deals with giant brands. Recently, the American esports organisation Team SoloMid (TSM) announced their 10-year long naming rights deal with Cryptocurrency exchange, FTX. The deal was signed for a record-breaking price tag of $210 Million American dollars ($21 Million per year for a time period of 10 years).

American Esports organisation and lifestyle brand, 100 thieves gaming announced their partnership with the luxury clothing brand, Gucci, earlier this week. Gucci is a luxury fashion house based in Florence, Italy. Their custom clothing includes a backpack which costs $2,400 US Dollars. Custom clothing is provided to the members of this elite esports organisation.

After Gucci, 100 thieves have added another major brand to their list of partners. They’ve announced Lexus as their official automotive partner. Lexus is the luxury vehicle division of the Japanese automaker Toyota.

“We’re proud to welcome Lexus as the first luxury auto partner of 100 Thieves!

Since 1989, Lexus has been committed to being the visionary brand that anticipates the future for luxury customers. Honored to have Lexus as the official sponsor of the content house.” said 100 thieves gaming in a tweet.

We're proud to welcome @Lexus as the first luxury auto partner of 100 Thieves!

Since 1989, Lexus has been committed to be the visionary brand that anticipates the future for luxury customers. Honored to have Lexus as the official sponsor of the content house. #100T #LexusPartner pic.twitter.com/bHLJCHeNcF

“We are so excited to partner with such a legendary and premium brand such as Lexus,” 100 Thieves founder and CEO Nadeshot said in a press release. “Both of our brands focus on quality and innovation within each of our industries. We’re so excited to show our fans our new set of wheels and all the amazing content to come out of the content house.”

Vinay Shahani, Vice President of Marketing at Lexus, spoke on the partnership in a release: “Lexus sees an authentic connection between vehicles, culture and premium lifestyle. We are thrilled to have found a like-minded partner in 100 Thieves.

“Through our collaboration, our goal will be to surprise and delight the 100 Thieves community with innovative content and elevated experiences developed uniquely for them.”