Team India were handed a hammering from the Australians in the first test in Adelaide. Australians being on the back foot early on in Day 2 recovered very well with their bowlers on Day 3. They bowled out the Indian batting line-up for just 36 and won the game in style inside 21 overs. From 7 for 1 at stumps on Day 2, the visitors were brought down to 19 for 6 inside the first half-hour of day 3 and were 31-9 after the fall of Hanuma Vihari for 8.

India finally declared on 36 for 9 after Mohammed Shami coped up with an injury on his bowling arm. This was also India’s lowest ever total in Test Cricket. Heading into the next game in Melbourne, the Aussies are charged up while the Indian team have a few headaches to sort out and come back stronger. With Virat Kohli returning back, we look a 3 changes Team India should make in the second test in Melbourne starting in a week’s time.

3 Changes Team India Should Make in The 2nd Test against Australia:

Tom Moody said picking Prithvi Shaw for the Australia test series was a mistake from the Indian selectors and it turned out to be that way. Shaw scored a duck and four in the two innings in Adelaide and left everyone to talk a lot about his technique. People like Sunil Gavaskar, Ricky Ponting too said that the youngster needs to make a change in his technique and advised him to work on the same in the domestic circuit.

It was due to Shaw and Mayank’s failures that India did not get a good opening start in both the innings which is critical in Australian conditions. Shubman Gill, who has a better technique can replace Shaw at the top of the order. Gill has scores of 65 and 43 in the second Warm-up game and one believes that he can be a better addition at the top of the order for Shaw.

One of Those Days When Everything Came Off: Pat Cummins On India's Batting Collapse 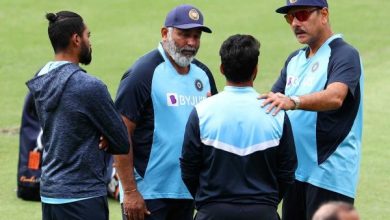