The Board of Control for Cricket in India (BCCI) announced a 15-member squad on Saturday for the three-match ODI series against Zimbabwe, which will take place from August 18-22 at the Harare Sports Club. Shikhar Dhawan will lead the Indian squad in the absence of senior players, such as the likes of Rohit Sharma, Jasprit Bumrah, and Ravindra Jadeja.

Meanwhile, the likes of Virat Kohli and KL Rahul were not available for selection. Kohli has been given an extended break by the selectors, while KL Rahul has not yet fully recovered from the covid-19 virus. The Zimbabwe ODI series will be another opportunity for the youngsters to make a case for themselves, in absence of veteran players.

However, some of the players were unlucky to miss out on a berth in the Indian team for the tour. Let’s take a look at three players who missed out on a place in India’s ODI squad for the Zimbabwe series.

Arshdeep Singh has been impressive in white-ball cricket in the last few years. This year, he took ten wickets in five matches at an average of 21.00 and an economy rate of 4.48, including a four-wicket haul. The pacer has been part of the scheme of things for India. But, he has not got a lot of opportunities so far. The youngster has only played a couple of T20Is and is yet to make his ODI debut.

The left-arm bowler was supposed to play the ODI series against England, but an abdominal strain ruled him out. The Indian team for the Zimbabwe tour includes an all-right-arm pacers attack. They could have included Arshdeep Singh in the team. However, maybe the selectors are considering him for the ICC T20 World Cup 2022, which will take place in October this year in Australia.

Umran Malik took the world by storm with his raw pace during the Indian Premier League 2022 season. He troubled even the best in the world with his fast bowling. The youngster won the Emerging Player of the Year award in the IPL 2022 season. His performance earned him a maiden call-up to the Indian team for the T20I series against South Africa.

The speedster has played three T20Is matches for India so far. However, he did not have great outings and proved to be expensive. Just like Arshdeep Singh, Umran is also yet to make his ODI debut for India. The Zimbabwe series could have given him an opportunity to make a case for himself in India’s 50-overs cricket setup for the future. 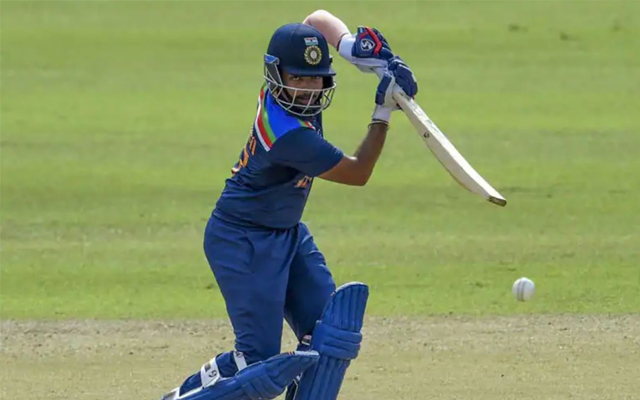 Indian opening batter Prithvi Shaw has been in some decent form off late. He did well in the Ranji Trophy and in the Indian Premier League 2022 season. However, could not convert his starts into big scores in both the tournaments. So far, Shaw has played six ODI matches for India, scoring 189 runs at an average of 31.50.

The opener performed brilliantly in the Vijay Hazare 2021 season. He was the leading run-scorer with 827 runs including a double century. He last played for India in 2021 against Sri Lanka, where he scored 105 runs in three matches. With the senior players absent for the Zimbabwe ODI series, India could have given Prithvi Shaw an opportunity to revive his international career.