Team India registered a 2-1 win against England on Sunday, July 10 at the Trent Bridge Nottingham in the three-match T20I series. The Rohit Sharma-led team had sealed the deal by winning the first two T20Is. The third match, which was a dead rubber, ended in England’s favor.

The Indian team will be pleased with the effort of their players in the series. As the ICC T20 World Cup 2022 is around the corner, the focus has been on finding the perfect balance. The Rohit Sharma-led team also gave opportunities to young players in the series, to put forward their case for a place in the Indian XI.

In this article, we take a look at three positives for India from the England T20I series, ahead of the ICC T20 World Cup 2022.

In the recently concluded T20I series against England, Hardik showcased his all-round brilliance. He slammed a fifty in the first T20I against England and also took 4/33 in the match to power India to a 50 runs win. Overall, Hardik scored 63 runs in two innings, at an average of 31.50 and has taken five wickets.

Hardik Pandya’s return to the Indian team has been a positive factor. He provides balance with his all-rounder skills, which may prove to be effective in Australia later this year for the World Cup.

Bhuvneshwar Kumar cricketing career has been ridden with injuries. However, he has battled through those tough times and the hard work is now reaping rewards. The pacer had a good outing in the Indian Premier League this year for Sunrisers Hyderabad. He has continued his run in the T20I series against England.

The right-arm bowler took three wickets in the second T20I for fifteen runs leading India to victory. He won the Player of the Series award for taking four at an average of 6.25 and an economy rate of 4.16. This year, the 32-year-old has taken 17 wickets at a fantastic economy rate of 6.75.

Along with his economical bowling, Bhuvneshwar Kumar is also an asset to the team at the death. With Jasprit Bumrah as the lead pacer and Bhuvneshwar Kumar in the ranks, India will be one of the bowling attacks to watch out for at the ICC T20 World Cup 2022. 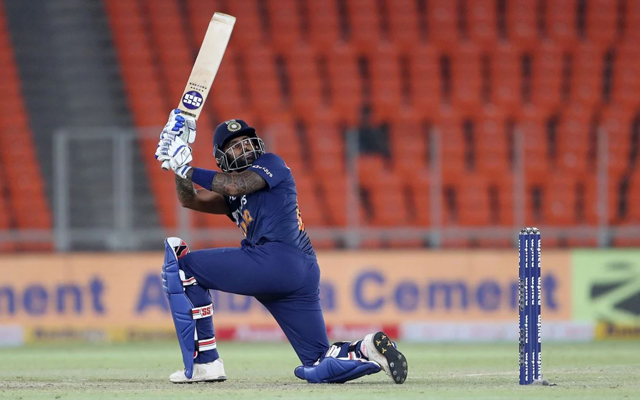 Suryakumar Yadav left everyone in awe with his audacious batting against England in the third T20I. He made his comeback after injury in the series. Suryakumar slammed 117 runs off just 55 balls, at a strike rate of 212.73 including fourteen boundaries and six sixes.

This was the right-handed batter’s made maiden century in international cricket. Unfortunately, India lost the match by seventeen runs. Suryakumar was in good knick throughout the series, but just couldn’t get a big score. However, he made the most of the opposuntiry in the third T20I.

Suryakumar Yadav’s presence in the Indian batting attack provides India flexibility. He can bat at different batting positions and in different gears. His form is a big plus for India ahead of the ICC T20 World Cup 2022.

“You Told Me To Play My Natural Game, It Really Helped” – Shubman Gill...