The IPL 2021 almost upon us as all the leading cricketers in the world will take part in the biggest T20 competition. Over the years some IPL moments have left everyone in awe which is still fresh in the minds of every cricket fans. In this feature, we take a look at the 5 most controversial dismissal in IPL history which will surely be discussed in the next 10 days.

These dismissals not only stunned the fans but also the players and umpires involved. Let’s go through the IPL archives and take a sneak-peak at the 5 most controversial and outrageous dismissals which are forever etched in the minds of everyone. 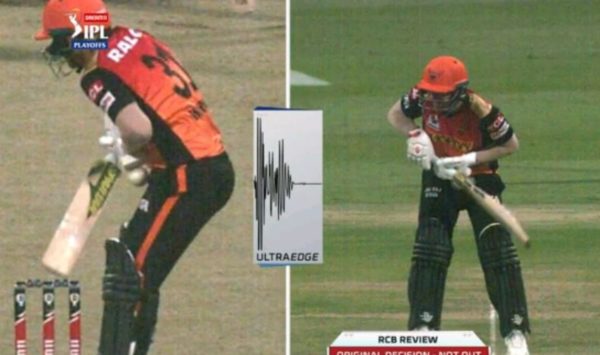 In the last season, the much-fancied Royal Challengers Bangalore were facing the Sunrisers Hyderabad in the Eliminator of IPL 2020. Batting first RCB had only managed to put 132 runs on the board and they were desperately searching for early wickets.

In the early stages, it seemed that SRH skipper David Warner had been caught behind as the entire RCB team pleaded for a caught behind. However, the umpire was unfazed as he felt that the ball brushed only the thigh pad of Warner and not the gloves.

The RCB skipper Virat Kohli straight away went for the review and replays indicated that Warner might have gloved the ball and he may well be going to the dressing room. After countless replays the third umpire found no conclusive evidence of the ball touching Warner’s glove but he overturned the decision of the on-field umpire based on a little spike on RTS and gave Warner out. This sparked a huge controversy as Warner was extremely upset while heading to the pavilion but RCB got a needed break-through.

Also Read: Top 5 Funny IPL Commercials That You Might Have Missed