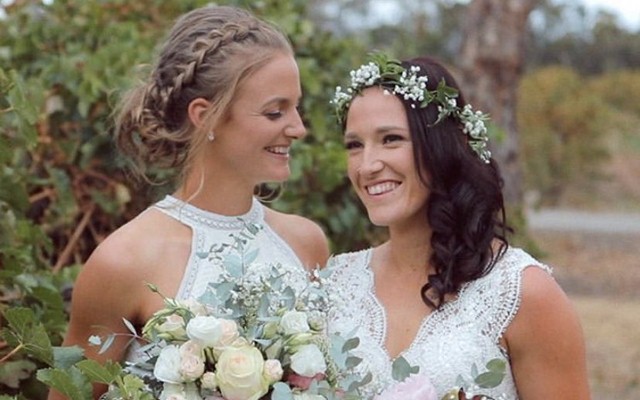 Same-sex marriage is the marriage of two people of the same-sex and gender entering into a civil or religious ceremony. The history of same-gender marriage dates back to the first century. However, in the modern era, the first legislation legalizing same-sex marriage took effect in the Netherlands on 1 April 2001.

Meanwhile, there has been a prevailing social stigma over same-sex marriage. Traditionalists have largely criticised this practice. However, with the world progressing, many people have broken these stigmas to marry and spend the rest of their lives with people they love even though from the same sex.

The taboo is now being legally accepted in many countries all over the world. There have been many LGBTQ movements across the globe to legalise same-sex marriage. Many cricketers from different parts have led the movement and have gone marry people of the same gender.

Let us take a look at 5 cricketers who have done same-sex marriage:

Alex Blackwell is one of the pioneers of women cricket in Australia. She has represented Australia in 252 internationals before calling time on his 15 years of international career in 2017. A gun batswoman, Blackwell has also led the Aussies for a couple of games.

Meanwhile, Blackwell came out in public to openly admit that she is a lesbian in 2013. She is only the second cricketer after England’s Steven Davies to admit while her playing days. Alex Blackwell married her girlfriend of eight years Lynsey Askew in England.

However, it was not legal in the country at that time. Same-sex marriage was recognised in Australia only in 2017. Blackwell has been an advocate of gender equality and believes gender doesn’t determine a person’s capability to perform.