Cricketers often live a very tough and hectic life, which usually revolves around the sport, ignoring the social life. Due to the increasing workload, the cricketers hardly manage much time off the field. Hence, like most people in the world, who find their life partners in the workplace, some of the International cricketers too have found their partners on the cricketing field.

Having a partner from a similar field, who understands the sport, and has seen the life of a cricketer from close quarters, makes the life partnership easy for the couple. From the likes of Jasprit Bumrah to Ben Cutting, many cricketers have found the love of their life on the cricket field. In this article, we take a look at such five cricketers, who married sports anchors.

Australian all-rounder, Shane Watson is married to TV presenter Lee Furlong. It is speculated that the couple first met each other in 2004, however, started their relationship journey in 2006. Shane and Lee got married on May 29, 2010.

Lee Furlong started her career as a TV presenter, primarily as a sports anchor. She worked at Channel 10 and used to host a show called ‘Sports Tonight’. Lee was also a sports anchor at Fox Sports and made quite a name for herself in the field.

Shane and Lee have two children – Matilda Victoria Watson and William Watson. After the birth of her two kids, Lee Watson started a venture ‘Let’s Activate’, which is a playschool for children, where they are encouraged to participate in sports. She also wrote a children’s book in 2018, ‘Nothing Happens Outside.’ 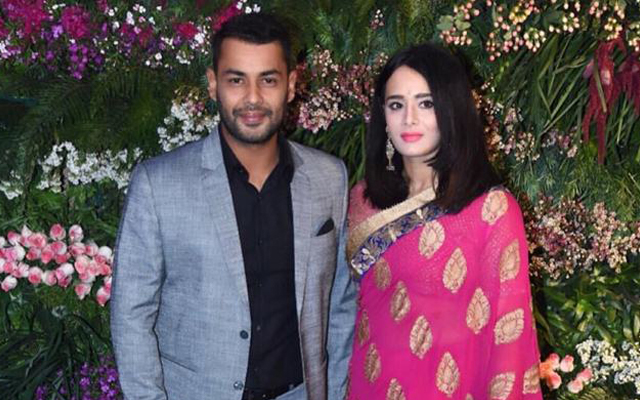 The Indian all-rounder, Stuart Binny married one of India’s top sports anchors, Mayanti Langer. Stuart and Mayanti tied their knot back in September 2012. The couple first met each other during an interview.

Both Stuart and Mayanti got the breakthrough in their career, during the same period. Stuart was part of the Indian team, while Mayanti was an anchor with Starsports. She first began sports anchoring, hosting football shows. Before joining Star Sports, Mayanti also covered matches for Ten sports.

In 2020, Stuart Binny and Mayanti Langer were blessed with a baby boy.

Ben Cutting, who is known as a utility T20 player, married TV host Erin Holland. Recently, Erin revealed that she met Ben on Instagram, and then their friendship grew. The couple got engaged in September 2019. However, due to the covid-19 pandemic, they have to cancel their wedding twice, before finally getting married on February 13, 2021.

In 2013, Erin Holland was crowned Miss World Australia. She has also won Miss World Continental Queen of Beauty, Oceania at the age of 24. Apart from modelling, Erin Holland is also a singer and also works as a sports presenter in Australia.

The New Zealand batter Martin Guptill married TV presented Laura McGoldrick. As per reports, the couple first met each other, when Laura interviewed Martin on ‘The Cricket Show’. This show was also Laura’s breakthrough show in her career, as a sports anchor.

Laura McGoldrick is a journalist and a TV presenter. She has hosted radio shows and worked as a news reporter and an actress, before becoming a sports reporter. Laura, since her childhood, loved following the sport, as her two brothers often played cricket. Martin Guptill and Laura McGoldrick got married in September 2014 and have a baby girl named ‘Harley.’

Pace bowler Jasprit Bumrah married Indian sports presenter Sanjana Ganesan. Recently, Bumrah revealed that the couple knew each other since both were involved in the sport. However, both thought of each other as arrogant, until the 2019 World Cup where they spoke for the first time. The couple then became friends, before tying the knot in March 2021 in Goa.

Sanjana Ganesan has been a part of the Star sports presenters panel and has covered various events like the 2019 World Cup in England. She has hosted shows like Match Point’ and ‘Cheeky Singles’. Sanjana began her career as a model. She also won the ‘Femina Officially Gorgeous’ and has participated in MTV’s Splitsvilla Season 7 in 2014.