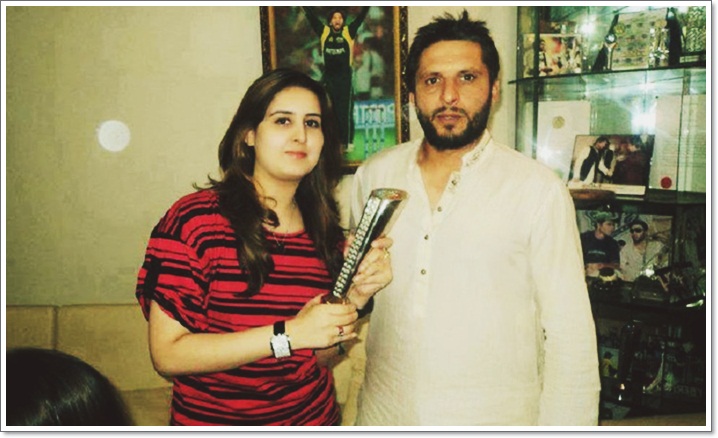 Shahid Afridi was a genuine all-rounder and a match-winner for Pakistan. He scored the fastest hundred in a one-day game off just 37 balls until the record was broken by Corey Anderson. Afridi currently holds the record for most wickets taken as a captain in T20I’s. He was not bereft of controversies, but he never let any off-the-pitch antics affect his display on the field.

Afridi got married at the age of 20. His wife is Nadia Afridi, who is a maternal cousin. They’ve been married for 21 years and have five daughters. It was recently announced that his daughter, Aqsa, will be engaged to current Pakistani cricketer Shaheen Afridi.