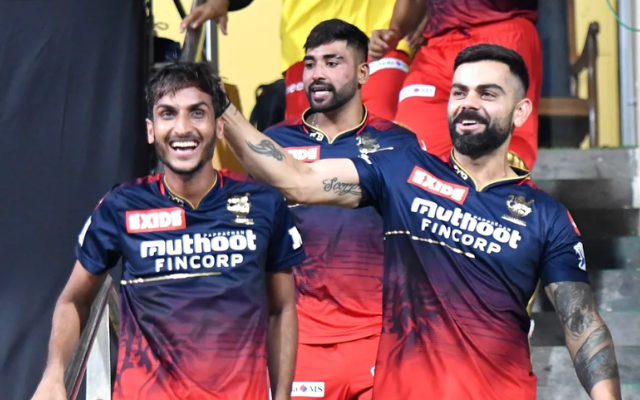 Left-arm spin All-Rounder Shahbaz Ahmed has been named in Team India Squad for Zimbabwe ODI series. This is the maiden India call-up for Shahbaz. He will replace Washington Sundar who has been ruled out due to a shoulder injury.

Shahbaz Ahmed was born in Haryana, but he plays domestic cricket for Bengal.

In 2015, Shahbaz was in his third-year of civil engineering, and wanted to move to Kolkata to pursue his cricketing dreams. His father agreed. But on one condition. Shahbaz had to complete his engineering degree. So, with his engineering books and a cricket kit, Shahbaz reached Kolkata and joined Tapan Memorial Club.

Shahbaz got his maiden IPL contract from RCB, in 2020. The franchise signed him for INR 20 Lakhs. Ahead of IPL 2022, RCB bought him back for a whopping INR 2.4 Crores. Shahbaz has played 29 IPL matches so far. He has scored 279 runs and picked 13 wickets.

Game-changing partnership 🔥
Perfect finishing touch ✅
Two wins on the bounce 😎@HarshalPatel23 and Shahbaz Ahmed take us through @RCBTweets' memorable victory at the Wankhede. 🙌 🙌 – By @28anand

Shahbaz Ahmed’s idol is Star All-Rounder Ravindra Jadeja. In an interview with Sportskeeda, Shahbaz had said: “I didn’t have any role-model while growing up. However, I love the way Ravindra Jadeja has been performing for the Indian team over the past few years. I aspire to be an all-rounder like him for my state and also for my IPL franchise. I’ve not spoken to him [Jadeja], but I ardently follow him.”

Initially in his career, Shahbaz was a pure batter. He later worked on his left-arm spin bowling to be more valuable as a cricketer.