Several modern cricketers have tied the knot with female athletes of other sports. Just like any other profession, cricket has also seen marriages between athletes of various fields. We have heard a million instances where people connect over their favourite sports conversations, make new friends and relationships.

Like sportsmen, women athletes have also shone brighter and brighter in the past in their respective fields. They have achieved multiple titles and trophies from around the world and have become a role model for future generations.

Now that the game of cricket is getting immensely popular, so do the female athletes and their sports. This has led to a few friendships, getting stronger through marriages among them. Here are the 6 popular cricketers who married athletes. 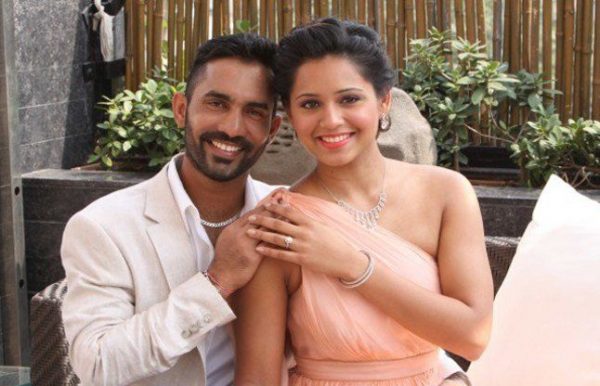 India Wicket-keeper batsman Dinesh Karthik is wedded to Indian national squash player, Dipika Pallikal. The popular pair dated each other around two years and eventually got hitched in 2015. Both Dinesh and Dipika belongs from Tamil Nadu and married each other in Hindu and Christian wedding ceremonies in August 2015.

Dipika is a popular squash player that has famously represented India in major events. She won the gold medal in the Glasgow Commonwealth Games in 2014 with Joshna Chinappa. Dipika and Dinesh continue to play their respective sports and continue to grow together despite having hectic schedules.