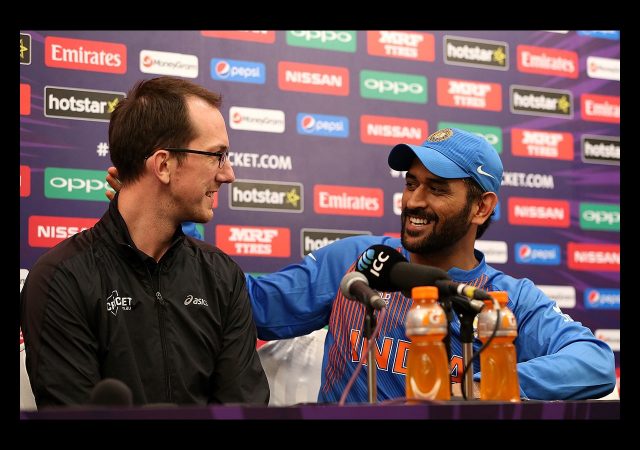 MS Dhoni is arguably the most popular Indian cricketer of all time. The former Indian captain has left a great legacy behind him that fans will always cherish. Much like his persona on-field Dhoni off the field also stays within himself and very rarely stays active on social media.

The world of social media has become extremely necessary for all the athletes as they keep their fans updated about every happening in their life. Dhoni is different from the rest and fancies to stay away from the world of tweets and posts.

However, Dhoni has always had a cheeky sense of humour with which he often entertains all his supporters. The legendary cricketer has time to time left everyone in cracks with his unique tweets. With close to 8 million followers on Twitter, MS Dhoni makes sure that he makes the headlines with his sarcastic and amusing tweets.

Here are the 7 Best MS Dhoni Tweets That You Don’t Wanna Miss:

1. Trolling the Milkman of Ranchi

During our childhood we all heart stories about Dhoni getting his fuel and power from milk. Part of it was true as Dhoni was always been a Milk person since his childhood in Ranchi. In 2013 he surprised everyone with his tweet which involved an interesting calculation relating to Milk delivery in his hometown.

He tweeted, “In Ranchi, if the milkman delivers milk to ur house, he charges 32 rs, but if u go and pick it from his place, he asks for 34 rs”.

In Ranchi if the milkman delivers milk to ur house he charges 32 rs but if u go and pick it from his place he asks for 34 rs.

Dhoni was trying to paint a picture that Milkman in Ranchi charge more when someone tries to buy Milk from the store. This witty tweet is still talked by all his fans as Dhoni in his style trolled all Milkman of his city.