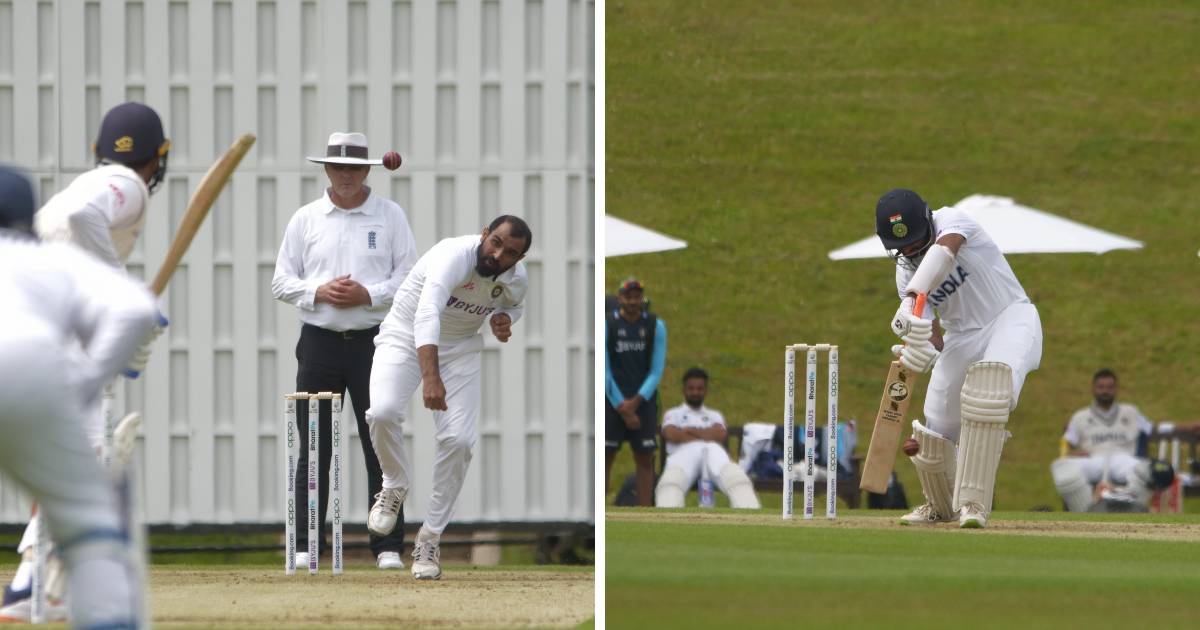 Indian Men’s Cricket Team is set to face-off against New Zealand in the WTC Final starting June 18. The venue for the final event is the Ageas Rose Bowl in Southampton. The Kiwis, who are the No.2 Test team in the world, are already engaged in a 2-match Test series against England.

After landing in the United Kingdom with their families, the Indian squad had to go through a 3-day hard quarantine. It was followed by regular covid-19 tests and after successfully overcoming the hurdles, the players were allowed to train at the ground.

Since the Kiwis are already battling it out against England, they will have the advantage of being acclimatized to the conditions. In order to negate this as much as they could, the Indian squad had scheduled intra-squad matches to get a feel of the conditions and the Dukes’ ball that will be used in the final.

The BCCI on Saturday shared a few clips from the practice match ahead of the final. The squad is seen fighting it out in the tough English weather. The apex board captioned the tweet:

A good Day 1 at office for #TeamIndia at the intra-squad match simulation ahead of #WTC21 Final 💪 pic.twitter.com/TFb06126fr

There were some injury concerns for Virat Kohli after being hit by a bouncer during one of the practice sessions. However, the video shared by BCCI must put all such rumors to bed.

A lot is at stake for Indian captain Virat Kohli in the finals, since he has not won an ICC trophy after being appointed as the captain. Although he was part of the 2011 World Cup-winning squad, he will have his eyes set on winning the World Test Championship final.